AMY ADAMS AND CHRISTOPH WALTZ HAVE 'BIG EYES'
Everybody's favourite pumpkin Amy Adams has got herself a new gig: Deadline reports that she will join Christoph Waltz in BIG EYES instead of Ryan Reynolds and Reese Witherspoon. Tim Burton directed movie will focus on the true story of artist Margaret Keane (Amy Adams) and her husband Walter (Christoph Waltz), whose paintings of large-eyed children became a cultural sensation in the 1950s and 1960s. Margaret was the true artist, but the marketing wizard Walter became a regular on the talk-show circuit, where he also took credit for the paintings as well. When they split up, a nasty court battle ensued which culminated in a judge ordering both of them to paint right there in the courthouse. While he refused to do so because of a pain in his arm, she quickly crafted another one of her trademark paintings. You already know that you will watch Amy Adams later this year in the long awaited MAN OF STEEL in which she plays Lois Lane next to Henry Cavill's Superman and Clark Kent. The four times Oscar nominee will also star in LULLABY about a man who's estranged from his family and who receives word that his father has chosen to take himself off life support within 48 hours. That one will also have Jessica Brown Findlay, Garrett Hedlund, Terrence Howard, Richard Jenkins and Jennifer Hudson in the cast! 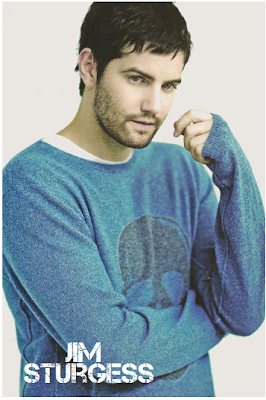 It seems that our lovely Kate Beckinsale is getting delightful Jim Sturgess for a partner in ELIZA GRAVES! Based on Edgar Allan Poe's short story "The System of Doctor Tarr and Professor Fethe", the movie will follow a recent Harvard Medical School graduate (Jim Sturgess) who lands a job as an intern at a mental institute. He becomes obsessed with the title character (Kate Beckinsale), although he doesn't know that the hospital has been overrun by the patients, who are now posing as doctors. Pffft, with my hospital experiences I thought that was the usual case! 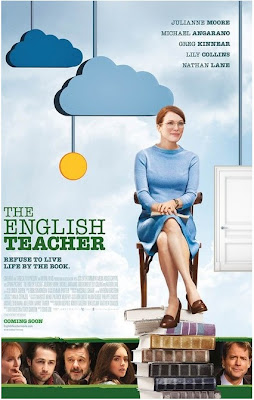 a 40-year-old unmarried high school English teacher. Her simple life turns an unexpected page when former student Jason Sherwood (Michael Angarano) returns home after trying to make it as a playwright in New York. On the verge of abandoning art and pressured by his father (Greg Kinnear), to face reality and go to law school, Linda decides to mount his play-a dark, angst-ridden, ambitious work-as a Kingston High production, with flamboyant drama teacher Carl Kapinas (Nathan Lane) directing. Now well out of her comfort zone, Linda takes further risks in life and love, the stage is set for a highly comic downfall. With the play, her reputation, and teaching career on the line, Linda finds an unlikely ally in herself. Amidst the ruins of her formerly perfect life, can she find a way to her own unique storybook ending? Film is out this May!
Posted by DEZMOND at 12:00 AM