NEW THE SAINT TV SHOW
The first trailer has been released around the web for upcoming new action spy series THE SAINT which will be offered to networks at the international sale next week. The small screen adaptation of Leslie Charteris' famous spy book from the 70s stars exquisitely seductive Adam Rayner (Huston, methinks we have a new star to obsess about and stalk) as legendary spy Simon Templar with a whole bunch of famous names in the cast too: famous James Bond Roger Moore, German star Thomas Kretschmann and Eliza Dushku. The series is directed by Simon West.  You've seen British hunk Adam Rayner before in TV shows HAWTHORNE, MISTRESSES and MIRANDA. It is interesting that the plans to make a TV remake of THE SAINT have been present since 2009 and both Dougray Scott and James Purefoy were seen in the lead roles in previous two attempts.


THE MORTAL INSTRUMENTS CITY OF BONES POSTERS
Now, I perfectly do not care about this film (YA just ain't my cup of Earl Gray Tea with a dash of lemon and honey) but I do love my dear Lily 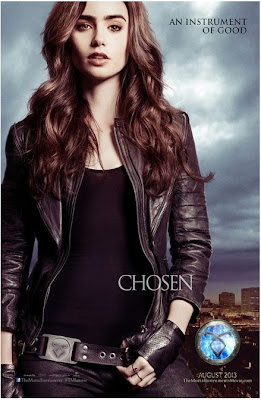 Collins who has shined like a gem in each film we've seen her so far. Check out two new posters for her new film THE MORTAL INSTRUMENTS: CITY OF BONES which hits the big screens this August. One of the posters shows Lily's character, Clary Fray, a young woman who learns she comes from a long line of demon slayers known as Shadowhunters, and the other shows Jamie Campbell Bower (who single handedly ruined CAMELOT with his wimpy and Neely immature acting) as Jace Wayland, one of the Shadowhunters Clary teams up with. The movie adaptation of Cassandra Clare's book follows a seemingly ordinary teenage girl, Clary 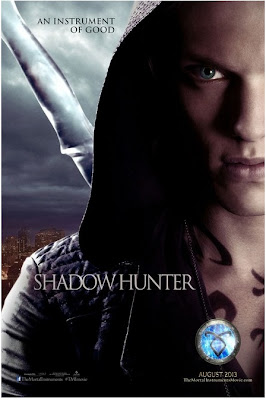 Fray, who, after her mom is attacked and taken from their home in New York City by a demon, finds out truths about her past and bloodline on her quest to get her back, that changes her entire life. As a half-angelic being charged with protecting the world from demons she will descend into a New York City underworld known as Darkworld, full of demons and other creatures she never knew existed! The cast has some really lovely names from Irish heartthrobs Jonathan Rhys Meyers and Aidan Turner to Kevin Durand, Lena Headey and Kevin Zegers!
Posted by DEZMOND at 12:00 AM