We shall have a number of superhero news today, people! Beside recent rumours that Charlie Hunnam from PACIFIC RIM is also 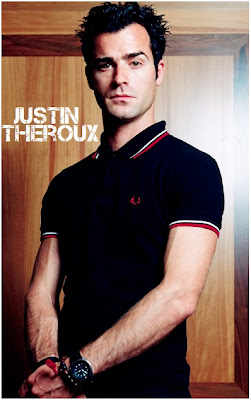 being prepped for the role of The Flash in JUSTICE LEAGUE (a film which will happen only if MAN OF STEEL is a success this summer), another superhero info is that Justin Theroux is wanted for the role of DOCTOR STRANGE! Theroux already worked for Marvel before back in 2010 when he wrote the script for their IRONMAN 2! The film is supposed to come out after AVENGERS 2 in 2015 along with ANT-MAN film! DOCTOR STRANGE follows a formerly egotistical neurosurgeon, Stephen Strange who turns to the mystic arts after an accident damages his hands.


GUARDIANS OF THE GALAXY
MICHAEL ROOKER IS YONDU
I'm guessing the fans of THE WALKING DEAD will love this piece of the info - Merle has joined GUARDIANS OF THE GALAXY. Actor Michael Rooker, who played the handless hillbilly in the zombie show, will play Yondu in the sf epic which will focus on the team of the 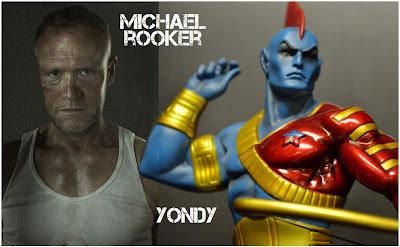 superheroes who fight for the peace in galaxy. "Deadline" reports that Yondu hails from the Zatoan tribe on Centauri IV, the first planet to be colonized outside of the Sun's solar system in the 29th Century. Yondu does not possess any super-human abilities, but he is a skilled hunter 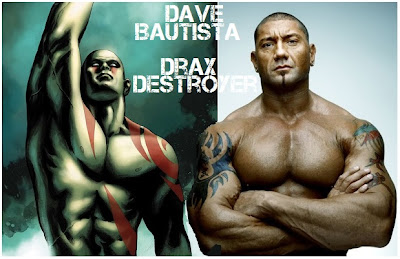 with a bow and arrow, and has a mystical sixth sense that gives him limited empathic abilities with other life forms. Rooker joins Chris Pratt who will play Star-lord, Dave Bautista as Drax the Destroyer and Zoe Saldana as Gamora!


BLACK SAILS TRAILER
TOBY STEPHENS & TOM HOPPER
But the treat of the day is without any doubt the first long awaited trailer for new Starz eight part epic show BLACK SAILS which will sail us into pirate waters next year! Replacing SPARTACUS next January and starring British star Toby Stephens and MERLIN knight Tom Hopper, 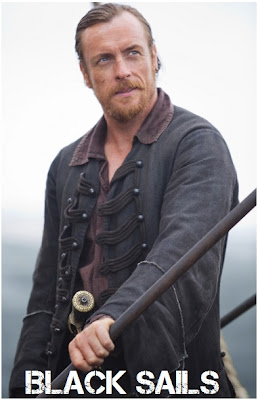 the dynamic and hot new show will  be set 20 years before the events in Robert Louis Stevenson’s "Treasure Island", chronicling the adventures of fabled buccaneer Captain Flint! Toby Stephens plays Captain Flint, while Tom Hopper  will play Billy Bones, the first mate of The Walrus who is caught in the middle of the power struggle between Flint and his main dissenter Singleton! Threatened with extinction on all sides, the pirates fight for the survival of New Providence Island, the most notorious criminal haven of its day – a debauched paradise teeming with pirates, prostitutes, thieves and fortune seekers, a place defined by both its enlightened ideals and its stunning brutality. Jessica Parker Kennedy will play a beautiful and capable French prostitute named Max. Gorgeous Hannah New will play Eleanor, the beautiful, courageous and determined owner of a rowdy Open Nassau saloon who wields considerable influence in her dual roles as fence/ supplier and party hostess!
Posted by DEZMOND at 12:00 AM