The movie news of the day is that Renny Harlin has found the lead actor for his HERCULES epic movie! Don't get confused - this will be 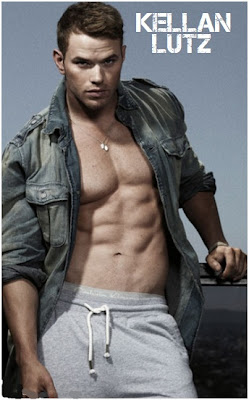 a rival project to Dwayne Johnson's HERCULES: THRACIAN WARS which already has Rufus Sewell, Joseph Fiennes and Ian McShane in the cast. Harlin's version will have Kellan Lutz in the lead role! Unlike Dwayne's project which will portray Hercules as a warrior and a mercenary and will not have mythological elements, Kellan Lutz will star in a historical love story in which Hercules is falling for the mortal princess of Crete, who was promised to his older brother. This one will be cheaper with $70 million budget and will be shot over in Bulgaria. This will not be Kellan's first time to play a mythological hero since he played Poseidon in epic blockbuster IMMORTALS!

searches the globe for the definition of happiness. With amazing Toni Collette and Jean Reno leading the cast, the film will also have Simon Pegg, who will play Hector, an eccentric London psychiatrist in crisis, Rosamund Pike (you've seen her last year as the queen in WRATH OF THE TITANS) Stellan Skarsgård and legendary Christopher Plummer!

SABOTEURS WW2 SERIES
In today's news from the epic front we have new historical series on horizon: Tony Krantz (the son of famous novelist Judith Krantz and the producer of NBC's new epic show DRACULA with Jonathan Rhys Meyers) will helm and produce and write SABOTEURS, new, European produced, TV show about the underground resistance in Nazi occupied Paris during World War II. It is set in the early months of WWII, before the U.S. got involved following the attack on Pearl Harbor. The cell consists of regular people with no training or experience who decide to fight back. SABOTEURS is an action thriller chronicling their adventures as resistance fighters with a mix of Nazis, traitors, regular people and Americans. The project should start shooting after they find a partner in one of the US cable networks! 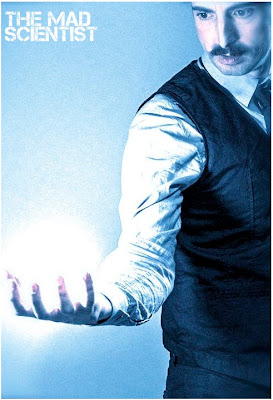 film is set to shoot in Pittsburgh in late August of this year. After weeks of anticipation Michael Anton has selected deeply magnetic Serbian actor Branko Tomovic (THE BOURNE IDENTITY, POPE JOAN, THE WOLFMAN) to play famous Serbian scientist Nikola Tesla in this biopic. THE MAD SCIENTIST follows the life of Nikola Tesla from when he first stepped foot on American soil in 1884 to his final days living alone in his New York Hotel room. The film follows Nikola Tesla from his battles with Thomas Edison and JP Morgan to his friendships with Mark Twain and George Westinghouse. Nikola Tesla battled the strong arm of American 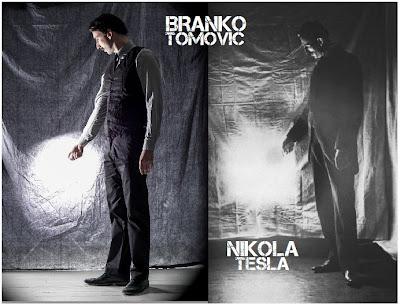 Inventor lobbyism led by Thomas Edison with inventions that would change how we view the world forever. You can also check out the first pictures of Branko as Tesla which HOLLYWOOD SPY got from the production team!
Posted by DEZMOND at 12:00 AM