IS MACBETH
Now, here is a super delicious info from the epic genre front: our dearly beloved Michael Fassbender will play the scheming king in the new movie adaptation of famous William Shakespeare's play MACBETH! Coming from the producers of SHAME and KING'S SPEECH and to be helmed by Justin Kurzel, the film will bring the new take on Shakespeare’s classic - about a ruthlessly ambitious Scottish lord who seizes the throne with the help of his scheming wife and three witches! Set in the 11th century and in the original language, the script is understood to be a visceral approach to the story including significant battle scenes. "Screen Daily" reports that the project has attracted a huge attention at Cannes this week and that one of big female names in Hollywood is in talks for the Lady Macbeth role! I've reported last year that Fassy is also planning to produce and star in an epic film about glorious Celtic warrior Cuchulain!


THE MUSKETEERS
1ST PICS FROM THE NEW SHOW
Your main treat for today are the first exclusive pictures which BBC has published for its new historical show THE MUSKETEERS which should air sometime next year. The ten part epic show will see 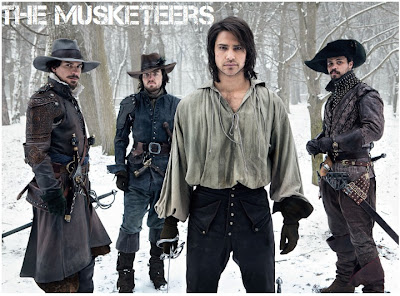 Luke Pasqualino playing D'Artagnan opposite Merlin's Santiago Cabrera as Aramis, Tom Burke as Athos and Howard Charles as Porthos! The show which is currently shooting in Prague will also have 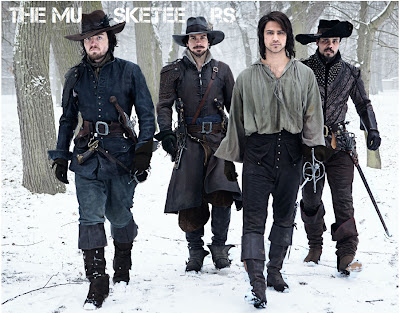 Peter Capaldi as the shadowy Cardinal Richelieu in the "fresh and contemporary take" on Alexandre Dumas's classic novel alongside Tamla Kari as Constance, Maimie McCoy as Milady Da Winter and Hugo Speer.


NEW EPIC SHOW
THE GREAT FIRE OF LONDON
Speaking of history, we do love large scaled ambitious historical dramas, and here's a new one coming up to the small screens: British ITV has commissioned a brand new four part 17th century set series GREAT FIRE OF LONDON in which the story will follow historical and fictional characters at the time of the 1666 catastrophe that 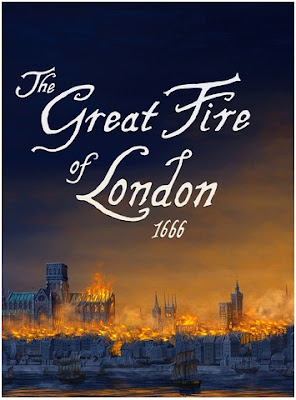 destroyed much of the fledgling city. The immense scale of the series will follow everyone from the humble baker Thomas Farriner and his family to the ambitious Samuel Pepys and King Charles II, and the characters' stories will interweave as the city, and their lives, are changed beyond imagining during one of the nation's greatest historical disasters. The drama will follow the four consecutive days in September 1666 when the Great Fire took hold. The fire consumes homes and lives as loyalties and friendships are tested and passions come to the fore. As the greatest city of the 17th century is destroyed, the fire is a catalyst to acts of forbidden love, deceit and despair! Ultimately, London is changed forever, paving the way for the dawn of a new era, in which modern London will rise from the ashes.
Posted by DEZMOND at 12:00 AM