TOM HIDDLESTON
IS 'CAPA'
Now you already know how much HOLLYWOOD SPY adores Tom Hiddleston (especially after he blessed your Dezzy that one time :). Out dear Hiddlestud has a new gig: after becoming the legendary villain in THOR, he will now play a hero. He took the lead role in CAPA biopic, a film about the famous war photographer Robert Capa, a Hungarian kicked out of Hungary for writing against Fascism, who then moved to Germany where he was kicked out for being Jewish, then he moved to France and from there began a life-long commitment to make a stand against forces of fascism. The film will also have a female role, since it follows Capa and his partner Gerda Taro when they went to cover Spanish Civil War. Gemma Arterton was previously connected to the role.


In television news today, comic book RACHEL RISING by Terry Moore might be turned into a new TV show. According to "The Hollywood Reporter" the horror series centres around the titular Rachel, a young woman who wakes up in her own grave. She struggles to regain her missing memories in a town haunted 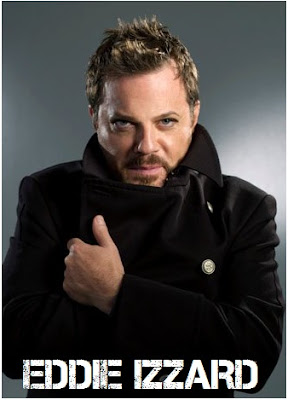 by friends, enemies and witchcraft. Meanwhile, over in UK, newly established Buccaneer Media is planning to adapt famous JEKYLL AND MR HYDE 19th century novel into new television series with Eddie Izzard in the lead role! "Deadline" reports that AMC is developing  Joseph Kosinski's BALLISTIC CITY sf show described as “Blade Runner meets Battlestar Galactica” and telling the story of a former cop thrust into the criminal underworld of a city housed in a generational space ship destined for an unknown world.


R.I.P.D.  TRAILER
RYAN REYNOLDS & JEFF BRIDGES
Your trailer for today is the first one for upcoming horror comedy action R.I.P.D or Rest In Peace Department which should start its 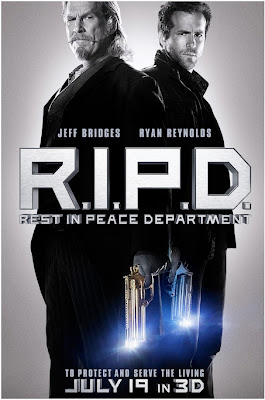 cinematic life this July starring Ryan Reynolds, Jeff Bridges, Mary Louise Parker and Kevin Bacon. The film has Ryan Reynolds in the lead role playing  a recently slain cop who joins a team of undead police officers working for the Rest in Peace Department (which watches the law and order in the underground world of the dead citizens) where he then tries to find the man who murdered him! He is assigned as partner to veteran officer Roy Pulsifer (Bridges), who needs his help when the dead threaten to overwhelm the living.
Posted by DEZMOND at 12:00 AM