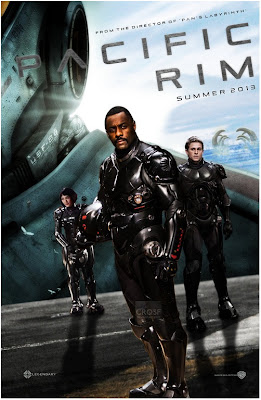 Today we're spotlighting one of this summer's most anticipated science fiction movies - Guillermo Del Toro's PACIFIC RIM which is set in a near future where soldiers piloting giant robots battle against invading giant monsters who have mysteriously risen from beneath the ocean!


PACIFIC RIM STORY
The story of the movie is set in the near future, where giant monsters identified as "Kaiju" arise from a crevice in the Pacific Ocean, resulting in a war which takes millions of lives and quickly consumes humanity's resources. To 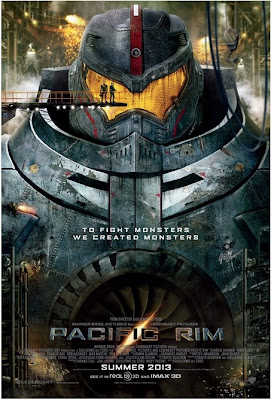 combat this new threat, a special type of weapon is designed: massive robots, known as Jaegers, which are controlled simultaneously by two pilots whose minds are locked in a neural bridge. As time passes, even the powerful Jaegers prove almost defenceless in the face of a relentless enemy. On its last stand and on the verge of defeat, the remaining defending forces of mankind have no choice but to turn to two unlikely heroes — a former pilot (Charlie Hunnam) and an untested trainee (Rinko Kikuchi) — who are teamed to drive a legendary but seemingly obsolete Jaeger from the 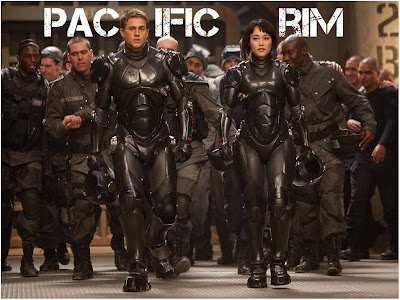 early trials of the mechanical titans. Together, they must stand as the human race’s last hope against the mounting apocalypse. 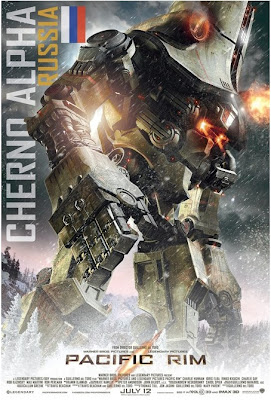 THE JAEGERS
The main stars of the film are Jaegers, the last line of Earth's defence.  A Jaeger is a special type of mobile exosuit weapon: massive robots which are controlled simultaneously by each of its two pilot teams whose minds are locked in a neural bridge to control its every movements! There are five types of these mechanical titans, each defending one of the regions in Pacific Rim: CRIMSON TYPHOON is stationed in Hong Kong battlefield, he is the first and is the only one able to start a three-arm attack mode to fight to the death against the Kaiju, to defend the coastline of China and Hong Kong. STRIKER EUREKA is a 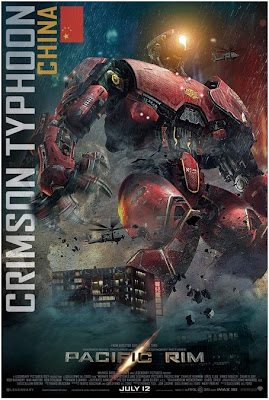 Jaeger designed to defend the coastline of Australia from the Kaiju. It is stationed at the Sydney Shatterdome. It contains a retractable "sting blade" on both arms laced with carbon nanotubes that channel thermal energy. It also has wings mounted on its back to maintain aerodynamic balance during turbulence in a fight. CHERNO ALPHA is a powerful Russian Jaeger defending the snowy mountain regions of Eastern Europe, while GIPSY DANGER is the American Jaeger defending North America. There's also COYOTE TANGO designed to defend Japan!  Kaiju monsters also have their names with The Trespasser being the first one to attack the Earth! 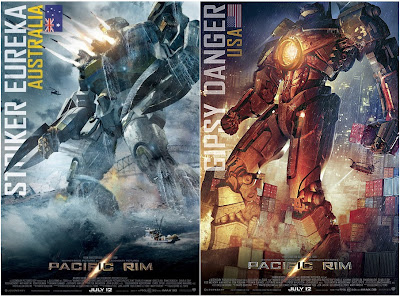 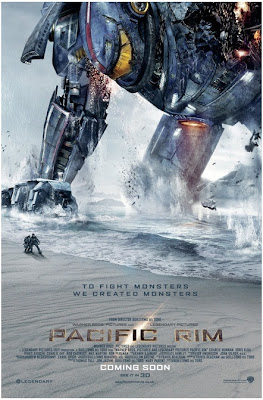 Directed by Guillermo Del Toro the science fiction action, which opens up in cinemas July 12th this summer, also stars Idris Elba (whose role was originally meant for Tom Cruise), Robert Kazinsky (who, if you remember, was supposed to star in THE HOBBIT which Del Toro was previously supposed to direct), Max Martini and Ron Perlman. The visual effects are done by Oscar winners, while the music in the film is composed by Ramin Djawadi who previously worked on GAME OF THRONES and IRON MAN. Back in December it was officially announced that the work on the sequel has already started!
Posted by DEZMOND at 12:00 AM