We do love it when our fave stars rise higher in the skies of Hollywood: brilliant Lee Pace will continue his busy season after playing Elven king Thranduil in THE HOBBIT, by playing a villain in sf epic GUARDIANS OF THE GALAXY! The info on the villain hasn't been confirmed yet but it might be Taneleer Tivan or The Collector since a few days ago young Ophelia Lovibond has been cast as one of the Collector's henchmen. "The Wrap" reports that The Collector seeks out life forms and universes to protect them from the evil Thanos! If he accepts the role Lee will join Chris Pratt as Star-lord (strangely enough this role was first meant for Lee Pace), Zoe Saldana as Gamora, Dave Bautista as Drax and Michael Rooker as Yondu. I've recently also informed you that Lee Pace will take the lead role in TV show HALT AND CATCH FIRE about the rise of computers in the 80s!

JOINS BRAD PITT & ROBERT DE NIRO
Young star Shia LaBeouf has two new gigs: he will join Brad Pitt in FURY, a war drama based on a true story which follows a five-man American tank crew towards the end of World War II, as they fight a flailing Nazi army in April 1945, just before the war's end. Pitt will be the leader and Shia one of the soldiers in the film scheduled for November 2014 release. Shia LaBeouf will also join Robert De Niro in SPY'S KID. After he played Indiana Jones' son, he will now play De Niro's son in the espionage thriller based on real stories published in a series of newspaper articles. If they accept the roles, the two of them will play a father and son duo, with the story revolving around a traitorous spy who enlists his offspring to continue doing his dirty work.


NEW TRAILER
THE GRANDMASTER
The trailer for today comes from new Asian epic action THE GRANDMASTER which opens up in US cinemas this August! Directed by acclaimed filmmaker Kar Wai Wong, The 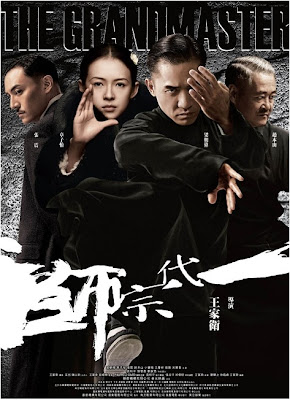 Grandmaster is an epic action feature inspired by the life and times of the legendary kung fu master, Ip Man. The story spans the tumultuous Republican era that followed the fall of China's last dynasty, a time of chaos, division and war that was also the golden age of Chinese martial arts. Filmed in a range of stunning locations that include the snow-swept landscapes of Northeast China and the subtropical South, The Grandmaster features virtuoso performances by some of the greatest stars of contemporary Asian cinema, including Tony Leung Chiu Wai and Ziyi Zhang.
Posted by DEZMOND at 12:00 AM