Ah, that Ryan Reynolds, we'd love him even in films with bad plots, like his newest one: he will star with Gemma Arterton and Anna Kendrick in VOICES, a thriller about a lovable but strange bathtub

factory worker who yearns for the attention of a woman in accounting. When their relationship takes a sudden murderous turn, his evil “talking” cat and benevolent “talking” dog lead him down a fantastical path that ultimately brings him to salvation


SONGBYRD
TV SERIES
In television news today, E! plans to make a show titled SONGBYRD which would revolve around a successful love-song writer who struggles to find love in her personal life after her inspiration is revealed to be a lie. Coming from SMASH producers, the show will be based on the real life of legendary song writer Diane Warren who's been nominated for Oscars six times and has written some of the most glorious love songs such as BECAUSE YOU LOVED ME from Celine Dion, Aerosmith's I DON'T WANT TO MISS A THING, HOW DO I LIVE and CAN'T FIGHT THE MOONLIGHT from LeAnn Rimes, UNBREAK MY HEART from Toni Braxton, Beyonce's I WAS HERE, Meat Loaf's I'D DIE

FOR YOU AND THAT'S THE TRUTH, Cher's IF I COULD TURN BACK TIME and JUST LIKE JESSE JAMES...  Diane is also famous for never being in love herself and for not letting anyone enter her own office in which she writes all of her hits.
GOOD PEOPLE
KATE HUDSON & JAMES FRANCO

And interesting story will also be seen in GOOD PEOPLE which starts shooting next month in Great Britain with James Franco and Kate Hudson in the lead roles. According to "Deadline", based on Marcus Sakey's novel, the story revolves around an American couple living in London who fall into severe debt renovating her family’s home. When the tenant in their downstairs apartment passes away and leaves 200,000 pounds in cash, they take it, and that’s when very bad things start happening to good people.


FIRST TRAILER
THOR THE DARK WORLD
If you're into some stunning visuals, amazing battle scenes and mindblowing action the first trailer for this November's epic adventure THOR: THE DARK WORLD is the one for you. I especially loved the scenes with the ancient Norse Gods in it - some lovely costumes too 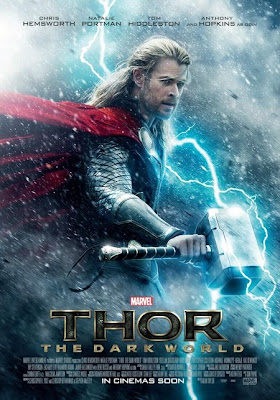 there! Starring Chris Hunksworth in the lead role of mighty Thor, Anthony Hopkins as his daddy Odin, Ray Stevenson, Idris Elba and brilliant Tom Hiddlestud as villainous but ever so charming Loki, the sequel to the major blockbuster will have story set after the events in THE AVENGERS with Thor battling an ancient race of Dark Elves led by the vengeful Malekith who threatens to plunge the universe back into darkness!  Faced with an enemy that even Odin and Asgard cannot withstand, Thor must embark on his most perilous and personal journey yet, one that will force him to sacrifice everything to save us all.
Posted by DEZMOND at 12:00 AM