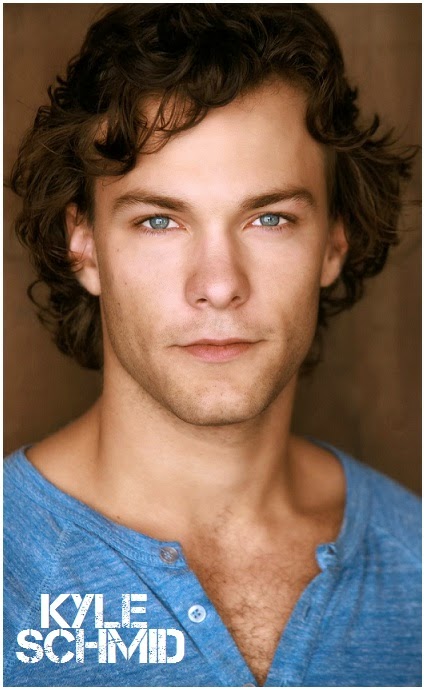 THE DEAD ARE RISING
If you are more into science fiction, mystery and suspense, NBC's drama pilot BABYLON FIELDS is more for you:  described as a sardonic drama, in BABYLON FIELDS, the dead are rising in Babylon, NY, and as a result, lives are regained, old wounds are reopened and families are restored — for better or worse. The newly regenerated bodies are healing faster and growing stronger than anyone else leading to the suspicion that they might be the next step in human evolution. The cast of the show will be lead by Kyle Schmid (COPPER) and Meagan Good. 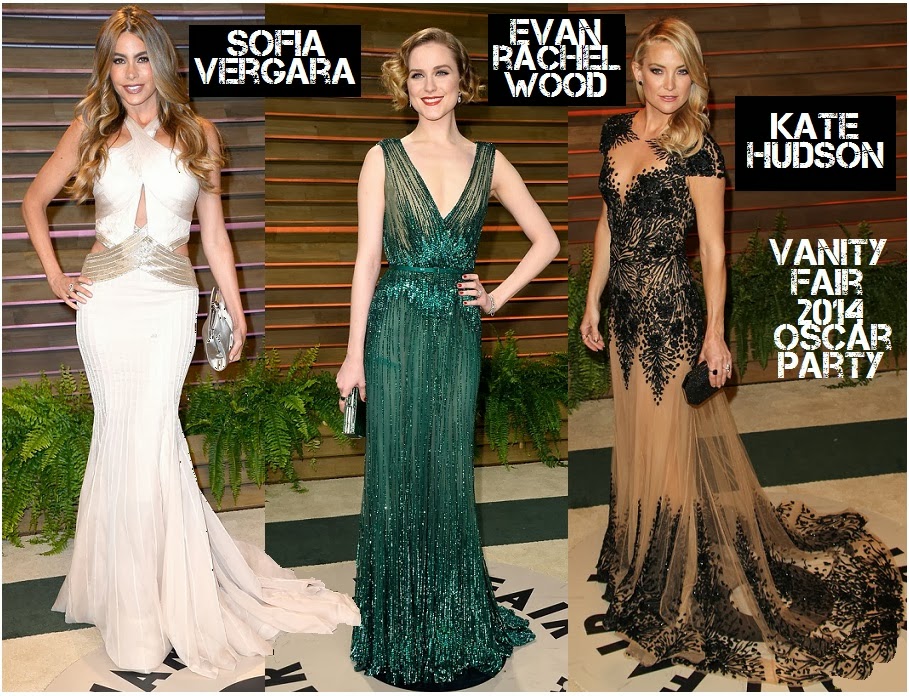 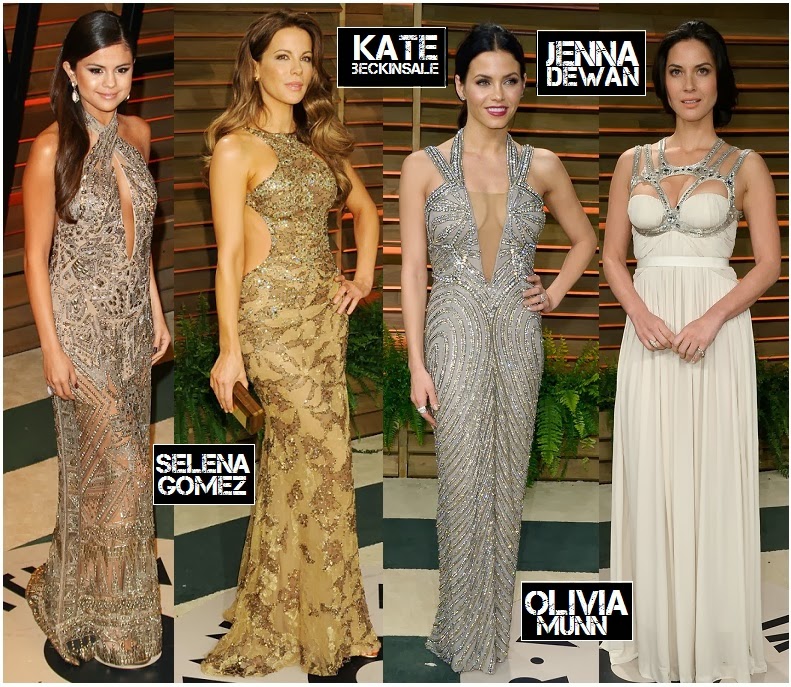 Cavalli design! Also looking stunning and all sexy kitten were Selena Gomez, Kate Beckinsale in gold, Jenna Dewan in silver and Olivia Munn in white.
GAGA GOES GLAMOROUS
Lady Gaga looked graceful in Versacci, Emily Rossum opted for a divine ballroom gown and some truly horrid shoes. While Sienna Miller had some rather strange bracelets around her arms. 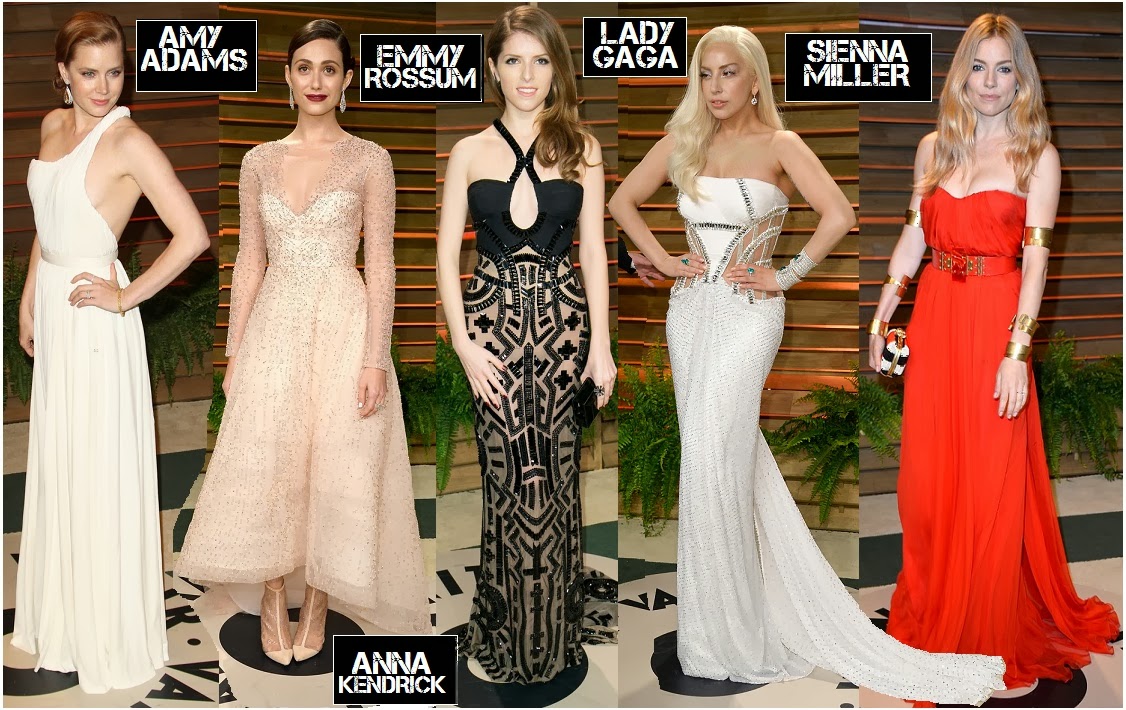 It's interesting that some of the stars actually had much better gowns at the party than at the Oscars, and this goes especially for Amy Adams and Anna Kendrick who should've switched their gowns and worn these at the Oscars ceremony.
STRANGE FASHION FREAKS
Choosing rather weird and strange outfits were Elizabeth Banks in puffy blue, Jaime King in scorching red, Reese Witherspoon and Diane Kruger in awkward black! 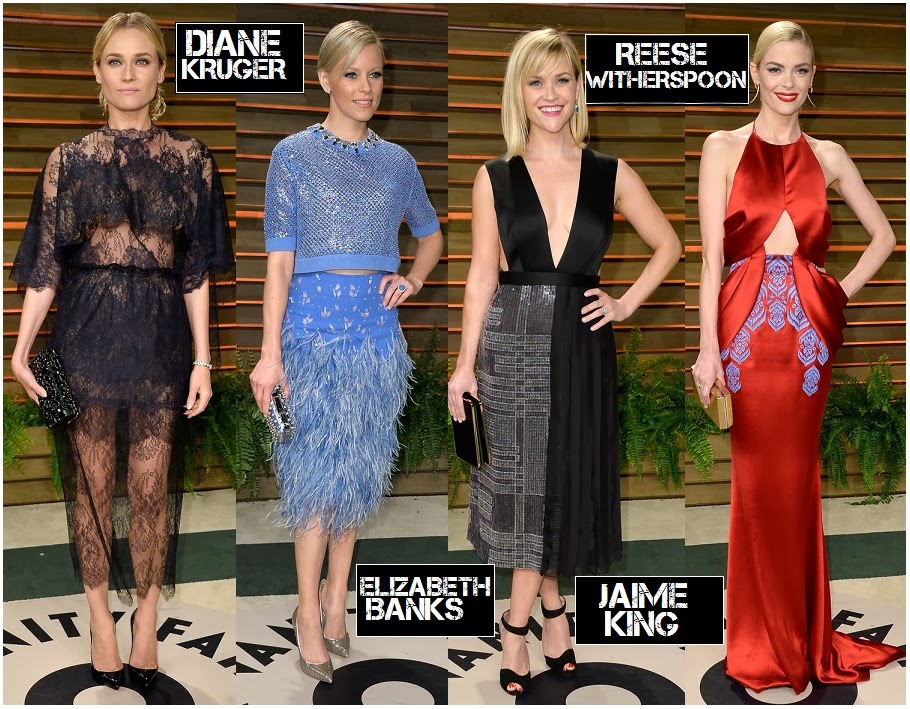