FANTASTIC FOUR REBOOT
EDDIE REDMAYNE, DOMHNALL GLEESON, SAM RILEY, TOBY KEBBEL FOR DOCTOR DOOM ROLE
One of the superhero reboots that already seems doomed due to rather strange casting choices so far, FANTASTIC FOUR, has brought down the

list of potential actors for Doctor Doom role to four young stars. Eddie Redmayne (LES MISERABLES), Domhnall Gleeson (ABOUT TIME), Sam Riley (MALEFICENT) and Toby Kebbell (WRATH OF THE TITANS) are in the run. One of them will join the rather unappealing cast which already  includes Michael B. Jordan as The Human Torch, Miles Teller as Mr. Fantastic, Kate Mara as The Invisible Woman and Jamie Bell as The Thing. The movie is set for June next year.


BBC'S WOLF HALL EPIC SERIES
CLAIRE FOY AS ANNE BOLEYN
Over in TV land, one of our most anticipated of the future series WOLF HALL historical drama at BBC 2 and PBS has found their Anne Boleyn in Claire Foy! Set for next year, the six-part adaptation of two of Hilary Mantel's novels, 'Wolf Hall' and 'Bring Up the Bodies' already has Damian Lewis as King Henry VIII, Mark Rylance as Thomas Cromwell and GAME OF THRONES star David Bradley as Norfolk! The $10 million series will feature more than 100 characters will bring a harder take on 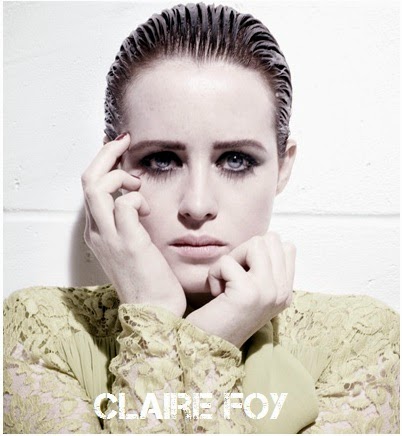 British history, less soapy from what we've seen in TUDORS and WHITE QUEEN, and the story will follow the meteoric rise of Cromwell in the Tudor court, from his lowly start as the son of a blacksmith to becoming King Henry VIII’s closest advisor. 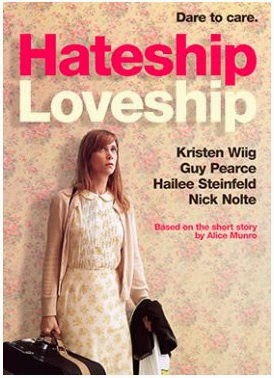 Here's an interesting trailer for you. Set to premier April 11th HATESHIP LOVESHIP stars Guy Pearce, Nick Nolte, Hailee Steinfeld and Kristen Wiig.  The story of the drama revolves around an awkward, profoundly shy and unadorned housekeeper (Kristen Wiig) who becomes the victim of a practical joke by a callous teenager (Hailee Steinfeld). However, the joke may have the unexpected effect of finally helping the woman out of her shell. Nolte plays the girls grandfather and Guy Pearce is her dad, a hapless recovering drug addict with a certain ragged charm!
Posted by DEZMOND at 6:15 PM