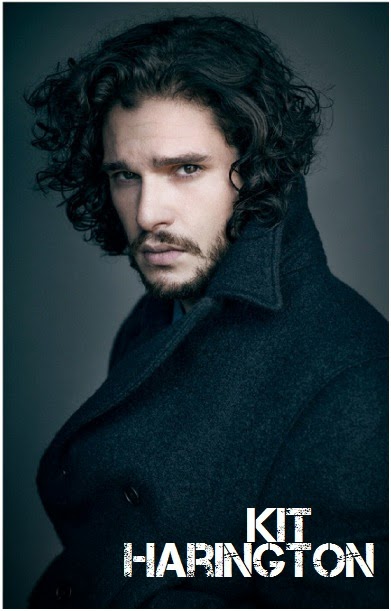 One of the future films we're definitely looking forward too is THE TESTAMENT OF YOUTH which has just started filming this week in Britain. Starring Kit Harington and Alicia Vikander the movie will mark the 100 years from the beginning of the World War I! The sweeping historical movie will bring the true story of Vera Brittain, who postponed her studies at Oxford University to serve as a nurse and then struggled to resume her life after both her brother and fiancé were killed on the battlefield. Scandinavian actress Alicia Vikander takes the lead role with GAME OF THRONES and POMPEII star Kit Harington playing her fiancée!

In TV updates, CW is adding new names to their SUPERNATURAL spinoff series SUPERNATURAL BLOODLINES! Bryce Johnson from PRETTY LITTLE LIARS is the new cast member in the new show which will focus on various Mafia-esque monster families who, unknown to humans, run the underbelly of Chicago. The clans are being tracked by a hunter who is trying to rid Chicago of anything supernatural. Melissa Roxburgh, Sean Faris and Nathaniel Buzolic are already attached to star!
'UGLY' 17TH CENTURY TV SERIES
Over in Europe, Freemantle and director Roland Joffe (he is also helming TEXAS RISING historical saga) will make UGLY historical TV series based on Victor Hugo's HUNCHBACK OF NOTRE DAME! Set against the political, economic and social explosion of early 17th Century France the series will trace the titular character’s journey in order to show what it means to be human regardless of outward appearances.

'HOW I MET YOUR DAD' SPINOFF CAST REVEALED
Over at CBS the cast is being rounded up for their HOW I MET YOUR DAD sitcom, the spinoff to their HOW I MET YOUR MOM comedy which will present the spinoff characters in the series finale next week! Anders Holm will play Gavin, the soon to be ex-husband of female lead Sally (played by Greta Gerwig)! The story will follow her as she comes to the conclusion that she has little in common with her husband Gavin, after less than 12 months of marriage. Krysta Rodriguez (Smash) will appear as Sally's best friend, party girl Juliet, Nick D’Agosto (MASTERS OF SEX) will play Frank, the head of IT for Juliet’s fashion blog who falls for Sally. Andrew Santino will play Danny, Sally’s older brother, a perfect but uptight overachieving lawyer!
Posted by DEZMOND at 6:30 PM