In the news from our favourite historical genre, upcoming epic television series on Australian early convicts BANISHED has found a stellar cast: BBC 2 show has cast 'Being Human's' Russell Tovey, 'Lord of the Ring's' David Wenham,  'Ripper Street's' MyAnna Buring and 'The Hour's' Julian Rhind-Tutt! The series, which will start filming in Sydney, Australia next month, will be deeply character driven with the story following the lives, loves, relationships and battle for survival of a group of convicts, the soldiers who guard them and the men who govern them in the early days of the penal colony established by Britain in the 18th century! You are currently watching the openly gay actor Russell Tovey in HBO's gay series LOOKING.


HOLLYWOOD NEWSFLASH
'RISE OF AN EMPIRE' SEQUEL?
In  movie headlines newsflash today, due to the huge success of 300 RISE OF AN EMPIRE (it has earned more than $130 million worldwide last

weekend) there's an open chance for another sequel and Sullivan Stapleton is ready to play General Themistokles again!
SMURFS & TRANSYL- VANIA SEQUELS
Sony has a plan of rebooting THE SMURFS franchise with the idea of the new movie being totally CGI animated! They are also working on TRANSYLVANIA animated sequel!
ED SPELEERS FOR STAR WARS VII?
There are also rumours that DOWNTON ABBEY and ERAGON star Ed Speleers is the frontrunner for the role of lead Jedi apprentice in STAR WARS VII! Other actors in the run are John Boyega (Attack the Block), Matthew James Thomas (About a Boy), and 'Breaking Bad' actor Jesse Plemons. Harrison Ford, Mark Hamill and Carrie Fisher and their original characters will head the story in the first movie with their children taking over in the other two movies in the sf saga.

HELENA BONHAM CARTER IS RED QUEEN AGAIN
Meanwhile, it has been announced that Helena Bonham Carter will return to ALICE IN WONDERLAND: THROUGH THE LOOKING GLASS sequel as the Red Queen. Johnny Deep and Mia Wasikowska are already locked to reprise their roles of Mad Hatter and Alice in the movie scheduled for May 2016 release!
ROONEY MARA IS PAN'S TIGER LILY
And over at Warner Bros. Rooney Mara has been cast as Tiger Lily in Joe Wright's directed PAN movie which already has Garrett Hedlund as Pan and Hugh Jackman as Captain Blackbeard. The film brings a twist on the classic story, taking place in WWII as an orphan 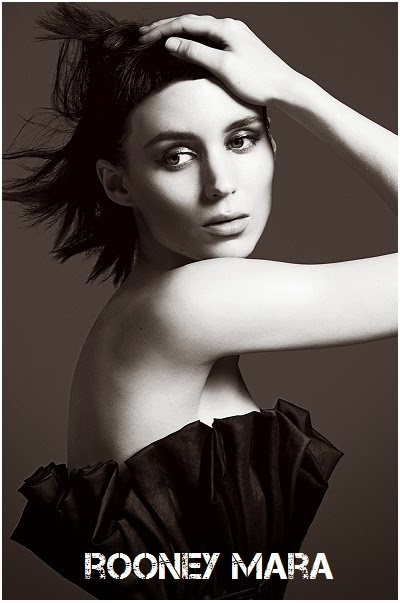 named Peter is kidnapped by Pirates and whisked away to Neverland, where he'll never grow old and he'll never die. But first, he must save this magical land from the pirate Blackbeard and his apprentice Captain Hook! Mara got the role over Lupita Nyong'o!
Posted by DEZMOND at 6:20 PM