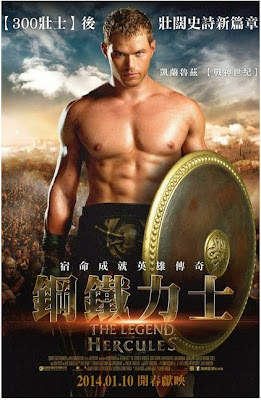 Since your trusted HOLLYWOOD SPY is one of web's leading sites on historical and fantasy movies, we shall spend the last two days of 2013 spotlighting historical and fantasy movies that will hit cinemas in the first two months of 2014. From THE LEGEND OF HERCULES, POMPEI, 300, I, FRANKENSTEIN, MALEFICENT, HERCULES THE THRACIAN WARS, DRACULA UNTOLD and then HOBBIT 3, next year will bring us more epic movies than we've been used to before. 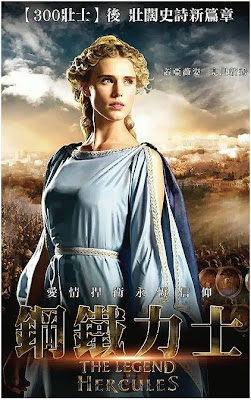 The 10th of January will take us to the time of mythical legends with the premiere of epic adventure THE LEGEND OF HERCULES in which Kellan Lutz stars as the mythical Greek hero - the son of Zeus, a half-god, half-man blessed with extraordinary strength. Betrayed by his stepfather, the King, and exiled and sold into slavery because of a forbidden love, Hercules must use his formidable powers to fight his way back to his rightful kingdom. Through harrowing battles and gladiator-arena death matches, Hercules embarks on a legendary odyssey to overthrow the King and restore peace to the land! SPARTACUS star Liam McIntyre is also in the cast, playing Hercules' 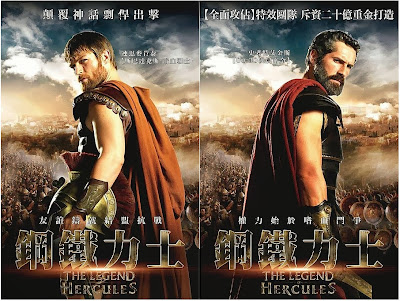 I, FRANKENSTEIN
MONSTERS AND GARGOYLES
Two weeks  after the Greek heroes leave our cinemas, the big screens will face the attack of horror monsters in I, FRANKENSTEIN. Aaron Eckhart plays Frankenstein's monster, named Adam who, having taken the surname of his creator, becomes involved in a war between two immortal clans in an ancient city. Bill Nighy plays Naberius, leader of the demons and one of the original fallen angels who fell from Heaven during Satan's rebellion against God. LORD OF THE RING's Miranda Otto is Leonore, queen of the gargoyles, with SPARTACUS star Jai Courtney appearing as Gideon, leader of the gargoyle army. TV star Yvonne Strahovski takes the lead female role as Terra!