GOODBYE, PAUL WALKER
1973 - 2013
First today, a small homage to beautiful Paul Walker, whom we lost way too early this weekend in a tragic car accident. I just wanted to remind everybody how special he was in

Hollywood. Rather underrated, often looked upon as just another muscly surfer hunk who stars in action flicks, Paul was actually a very unique young man: did you know that he was a marine biologist (he even majored marine biology at college) and was a member of organizations which fight for the health of the oceans, he was also a big humanitarian (he collected money for places destroyed by natural disasters and his death happened while he was leaving a charity event this Saturday), he was also a father (he was a single father raising his 15 year old daughter in LA).

All the stars he worked with say that he was a very kind and loving person. I personally believe that he was also at the point in his career in which he was leaning towards more dramatic roles and his last film 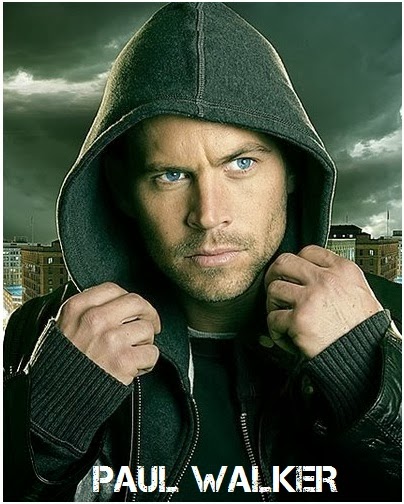 HOURS contains one of his most touching performances of a father who fights for his prematurely born baby under the attack of hurricane Katrina.

INSPIRING 'TRACKS' TRAILER
MIA WASIKOWSKA AND CAMELS
And something heartwarming and uplifting after the tragic story above: spectacular, deeply moving first trailer for dramatic adventure TRACKS coming from director John Curran! The story of the 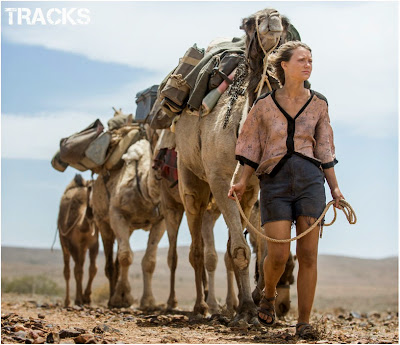 movie is based on the memoirs of Robyn Davidson and depicts her 1700 miles journey through the Australian desert with camels and a faithful dog. She takes the trip to put her life back together 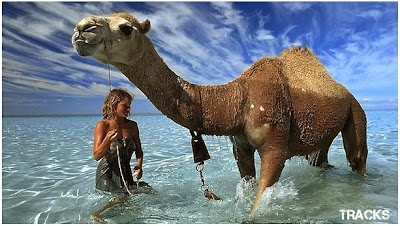 after her husband leaves her and her mother dies. Mia Wasikowska plays Robyn Davidson while Adam Driver plays the National Geographic photographer, who accompanied her on her long journey.
Posted by DEZMOND at 11:59 PM