AS CAPTAIN BLACK BEARD
Although some time ago your HOLLYWOOD SPY has informed you that Javier Bardem was offered the role of villainous Blackbeard in PAN, Warner Bros. origin story on Peter Pan, the fresh rumour has it that Australian superstar Hugh Jackman has been now offered the role of the evil captain. To be directed by Joe Wright (ATONEMENT, ANNA KARENINA) the movie will focus on young orphan Peter Pan, who is taken to Neverland for the first time, where he becomes a hero to the locals while leading a rebellion against the pirates. Captain Hook will first be an ally to Peter before he becomes bad.

MARCIA CROSS FINALLY RETURNS
TO TV IN FOX'S 'FATRICK' SITCOM
In today's television news, 'Deadline' reports that everybody's favourite DESPERATE HOUSEWIFE Marcia Cross is coming back to TV in FATRICK hilarious pilot for a new comedy series at Fox.  The sitcom centres on Patrick, a 30-something moving man and former fat kid, who, realizing that his life isn’t quite where it should be, is forced to face the damage caused by years of being “Fatrick”: a chubby little kid just trying to survive. The story will be shifting between the present and Patrick’s school years. Marcia Cross will play Patrick’s mother Arlene, seen in both present day and flashback. A fit, energetic nutritionist, she is rigid and intense when it comes to her family’s eating habits.

'THE OTHER WOMAN' TRAILER
CAMERON DIAZ WANTS REVENGE
20the Century Fox has released the first trailer for their hilarious comedy THE OTHER WOMAN which, starring Cameron Diaz, comes to cinemas next April.  After discovering her boyfriend

is married, a woman (Cameron Diaz) tries to get her ruined life back on track. But when she accidentally meets the wife he's been cheating

on (Leslie Mann), she realizes they have much in common, and her sworn enemy becomes her greatest friend. When yet another affair is discovered (Kate Upton), all three women team up to plot 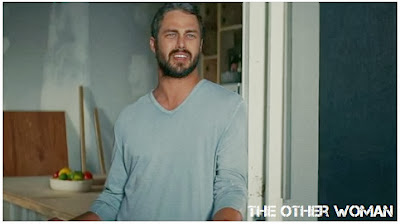