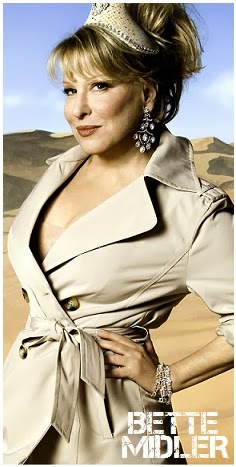 We're having a TV day today at HOLLYWOOD SPY: First, Deadline reports that Bette Midler will play legendary actress Mae West in a HBO biopic movie on the Hollywood diva. MAE WEST will be based on her autobiography 'Goodness Had Nothing To Do With It' and will follow West’s rise into stardom when she takes New York by storm after writing and starring in her scandalous Broadway show 'Sex' and battles authorities over obscenity charges. Instead of taking the road of a wide-eyed Hollywood ingénue, West forged her own path, writing and starring in her own risqué play which had her prosecuted and sentenced to 10 days in prison for “corrupting the morals of youth.” She signed her first Hollywood movie deal at 39 and then became one of the highest-grossing stars of the 1930s!

In other television news today, we're getting two new Biblical TV series: EOne will produce KING DAVID one hour drama described as a “mafia show in biblical clothing” which focuses on the contradictory character of the legendary warrior-king and patriarch – a man who must make monstrous choices that betray his personal ideals and turn his family against him.
THE DOVE KEEPERS HISTORICAL SERIES
Meanwhile, CBS, together with THE BIBLE producers Mark Burnett and Roma Downey, will adapt THE DOVEKEEPERS historical novel by Alice Hoffman into a four hour mini series. The mini series will revolve around four extraordinary women whose lives intersect in a fight for survival at the siege of Masada! Masada is the mountaintop fortress near the Dead Sea where the Romans found the last pocket of resistance after they conquered Jerusalem in 70 AD.


BBC'S GREAT TRAIN ROBBERY
LUKE EVANS IN THE CRIME OF THE CENTURY
And something to look forward to next week is BBC One's new two part TV film THE GREAT TRAIN ROBBERY which will air December 18th in UK. Starring THE HOBBIT THE DESOLATION OF SMAUG, 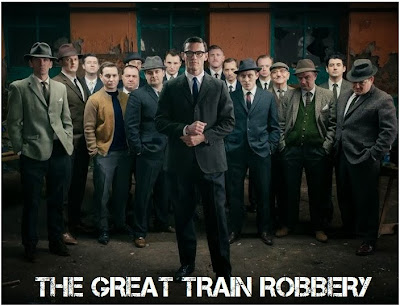 IMMORTALS and DRACULA star Luke Evans alongside Jim Broadbent and Martin Compston, it will dramatise the 1963 Great Train Robbery from the perspective of its perpetrators and their 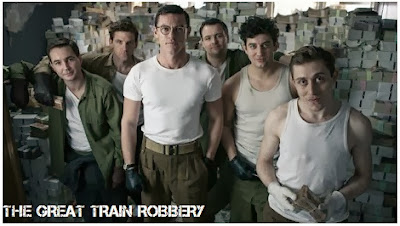 pursuers! The first film, 'A Robber's Tale', focuses on Bruce Reynolds (Luke Evans) as he plans the now folkloric raid on a London-bound Royal Mail train that netted a then-record haul of £2.6 million. 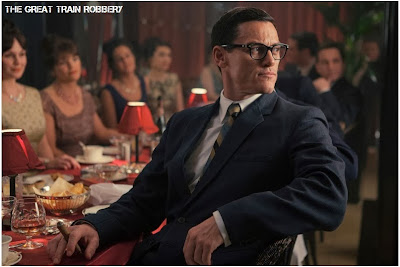 The second film 'A Copper's Tale', meanwhile, concentrates on DCS Tommy Butler (Jim Broadbent), the detective chief superintendent charged with bringing the robbers to justice. Both men are 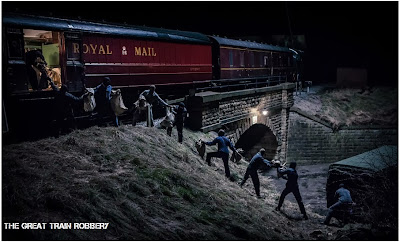 driven perfectionists who will stop at nothing to achieve the lofty goals they have set themselves. Reynolds was arrested only six years after the robbery and he then spent ten years in jail. The movie will include a scene with Luke Evans' naked bum too :)
Posted by DEZMOND at 2:15 PM