EPIC TV SERIES AT HISTORY!
Delightful news, my people: we're getting yet another historical series on TV! 'Deadline' reports that Oscar nominated screenwriter Jeffrey Caine (THE CONSTANT GARDENER) is currently penning the script for HANNIBAL BARCA mini series. The story would describe the great general's fight with Scipio Africanus — with whom he went head-to-head in the Second Punic War! To be aired as scripted series at History, HANNIBAL will begin in Carthage, 264 BC, at the beginning of his life in North Africa and will take viewers through the Second Punic War between Carthage and Rome. In what became legend, Hannibal and his archrival took a sacred vow to destroy the other and the nation he served. However, despite their fiercely opposed allegiances, the two were brought together and grew to respect each other as brothers.


THE WOLFMAN TV SHOW
TO BE PRODUCED AT NBC

With the success of new DRACULA show over at NBC it was only natural that the network would add some other of the legendary monsters to their slate of upcoming new projects: according to 'Deadline' they are now planning to make THE WOLFMAN TV series. They've even put DRACULA writer Daniel Knauf to pen the script for the pilot episode. The new show would study the themes of being a man and a human, centring on Lawrence Talbott, who suffers from an ancient curse that transforms him into a vicious werewolf when a full moon appears. Daniel Knauf is also developing an untitled series that follows six governesses who use their supernatural powers to control modern-day Los Angeles out of their elite Hancock Park women's club.


FIRST 'TURN' AMC TEASER
18TH CENTURY SET TV SERIES
And here's also the first teaser and pictures from AMC's new historical series TURN which will air next spring! Based on the book 'Washington 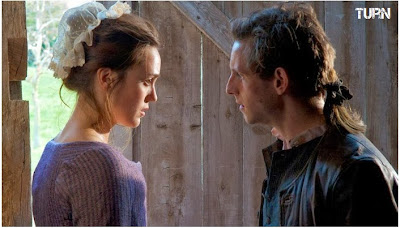 Spies' and helmed by Rupert Wyatt, the series is set in the summer of 1778 and tells the story of New York farmer Abe Woodhull (Jamie 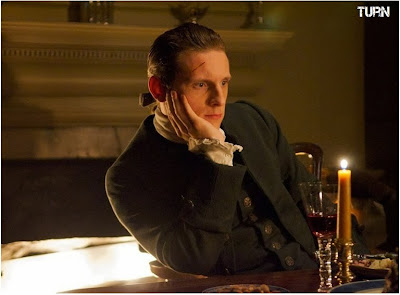 Bell), who bands together with a group of childhood friends to form The Culper Ring, an unlikely group of spies who turn the tide in America’s 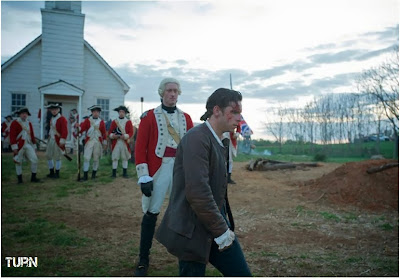