APES ATTACK IN 'DAWN OF THE PLANET OF THE APES' TRAILER WITH ANDY SERKIS, GARRY OLDMAN! 'BLENDED' TRAILER WITH DREW BARRYMOORE & ADAM SANDLER! 'IN THE CLUB' BBC SERIES ON PREGNANT COUPLES!

DAWN OF THE PLANET OF APES
FIRST TRAILER IS HERE! 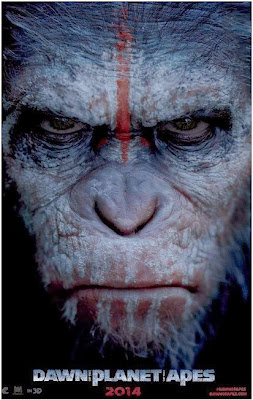 Two trailers for you today, people. First the first one for DAWN OF THE PLANET OF THE APES! Attacking cinemas next July will be a growing nation of genetically evolved apes led by Caesar which is threatened by a band of human survivors of the devastating virus unleashed a decade earlier. They reach a fragile peace, but it proves short-lived, as both sides are brought to the brink of a war that will determine who will emerge as Earth's dominant species. The sequel has Andy Serkis, Jason Clarke, Garry Oldman, Kodi Smit McPhee and Keri Russell in the cast!


BBC'S 'IN THE CLUB' SERIES
ON PREGNANT PEOPLE
In TV news, BBC has announced their work on new six part TV series IN THE CLUB in which the story will be centred around the birth of a new baby in a modern family, following six different couples who connect at the local Parent Craft class. Will Mellor, Tara Fitzgerald, Jill Halfpenny, Hermione Norris are just some of the names in the cast who will play middle aged people pregnant again, parents who get pregnant after years of thinking they could not, lesbians expecting a baby from a sperm donor, a pair in an arranged marriage getting pregnant during their honeymoon, pregnant schoolgirls....


'BLENDED' COMEDY TRAILER
DREW BARRYMOORE & ADAM SANDLER 3RD TIME ON THE BIG SCREEN TOGETHER
Your second trailer for today is a bit more comical one: it brings Drew Barrymore and Adam Sandler together for the third time on the big screen! Their new comedy BLENDED, 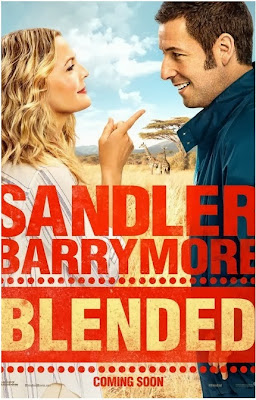 coming to theatres next May, follows single parents Lauren (Barrymore) and Jim (Sandler) who, after a disastrous blind date, agree on only one thing: they never want to see each other again. But when they each sign up separately for a fabulous family vacation with their kids, they are all stuck sharing a suite at a luxurious African safari resort for a week.

You will also see Drew Barrymore in HOW TO BE SINGLE about a woman who, fed up with being without a man and in her late 30s, travels the world to find out how women worldwide deal with being single and alone!

DON'T FORGET!
Don't forget that when you comment on HOLLYWOOD SPY's posts this week you earn a chance to win $50 in movie tickets in HOLLYWOOD SPY'S MAGICAL GIVEAWAY!

And don't forget to check out DEZZY'S CHRISTMAS CAKE MAGIC in which I share my festive recipes with you!