PAUL RUDD MIGHT BE
THE BIG SCREEN 'ANT-MAN'!
Something your trusted HOLLYWOOD SPY has announced months ago has been confirmed: Paul Rudd is in talks to become the new big screen ANT-MAN! He is now the top candidate for the role after Joseph Gordon Levitt has turned over to SANDMAN.  If he gets the role Paul Rudd will play Hank Pym, a scientist who invents a substance that allows him to shrink to the size of an ant and communicate with insects. The movie, based on Marvel's comic, will hit theatres in summer 2015 and will be directed by Edgar Wright. There is also a possibility of Gordon Levitt playing the thief who steals Pym's technology! Speaking of superhero news, there are also rumours that Joaquin Phoenix is considered for the Lex Luthor villain role in SUPERMAN VS BATMAN.

FANTASY MUSICAL 'GALAVANT'
TV SHOW GETS ITS PRINCE
In television news, NBC's new fantasy fairy tail musical TV series GALAVANT is gaining new cast members! 'Deadline' reports that Joshua Sasse (ROGUE) has landed the lead role of handsome Prince GALAVANT, a classic once upon a time hero, complete with sword, horse, great hair, courage, mad skills (like dragon slaying and helping the poor), and his quest for revenge over the evil King Richard who stole his one true love, the beautiful Madalena (Mallory Janesen). To Galavant’s shock, Madalena decided she prefers the King and his wealth and power to the love of penniless GALAVANT. Karen David will play the female lead, Isabella, a princess and the daughter of the King and Queen of Valencia, whose country has been conquered by King Richard, and she seeks out Galavant. Vinnie Jones is already in the cast.


HOW TO TRAIN YOUR DRAGON II 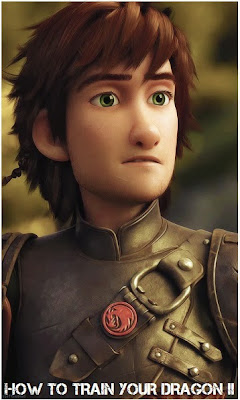 MAGICAL TRAILER IS HERE!
Just a few days ago I showed you new images from HOW TO TRAIN YOUR DRAGON II and now here's first full length super delightful trailer for the animated sequel which will fly into the cinemas on the wings of dragons next June! When one of Hiccup's (Jay Baruchel) and Toothless' adventures leads to the discovery of a secret ice cave that is home to hundreds of new wild dragons and the mysterious Dragon Rider (Cate Blanchett), the two friends find themselves at the centre of a battle to protect the peace. Now, Hiccup and Toothless must unite to stand

up for what they believe while recognizing that only together do they have the power to change the future of both men and dragons. Gerard Butler and Kit Harington are also in the voice cast!


DON'T FORGET!
Don't forget that when you comment on HOLLYWOOD SPY's posts this week you earn a chance to win $50 in movie tickets in HOLLYWOOD SPY'S MAGICAL GIVEAWAY!