IN 'SUPERMAN VS BATMAN'
And the casting news from superhero sequel SUPERMAN VS BATMAN keep being disappointing: after the producers shocked the world by choosing Ben Affleck for the role of Batman next to brilliant Henry Cavill as Superman, now the official news is that rather non charismatic Israeli actress and model Gal Gadot has been chosen to play Wonder Woman in the film. if you remember, earlier this year I've informed you that Gal was competing for the role with enchanting James Bond star Olga Kurylenko. There are also rumours that Robin, under the identity of Nightwing, might also join the gallery of characters in the film which will again have Amy Adams as Lois Lane.


300 RISE OF AN EMPIRE SECOND STUNNING TRAILER!
WHEN 300 FELL, THE WAR FOR AN EMPIRE BEGUN!
Your main video trailer treat for today is second absolutely mindblowing trailer for next year's biggest epic adventure 300: RISE OF AN EMPIRE! I must admit it could quite possibly be the most stunning trailer I've ever seen in my life: all of the battle and naval 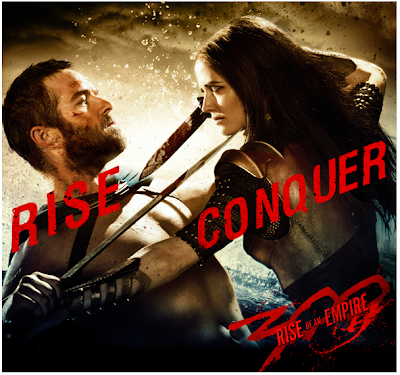 NEW 'POMPEII' IMAGES
KIT HARINGTON & EMILY BROWNING IN EPIC ADVENTURE
While we're still waiting for the second trailer and maybe some posters for upcoming epic POMPEII you can enjoy brand new pictures from the historical action with Kit Harington as  a slave, lovely 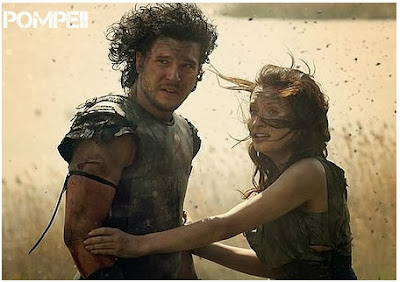 Emily Browning as his love interest and Kiefer Sutherland as an evil Roman senator. Coming to cinemas next February the movie 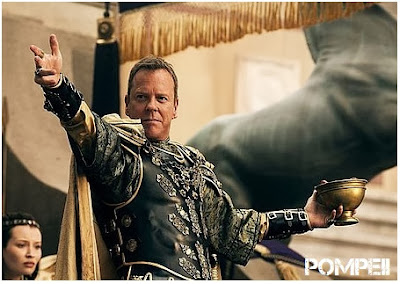 will be set in the days leading up to the eruption of Mt. Vesuvius, following an enslaved gladiator (Kit Harington) on a ship heading 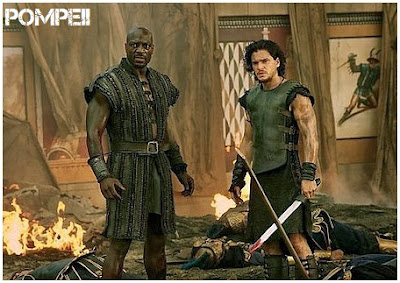 for Naples who works to get home to save the woman he loves (Emily Browning) and his best friend, a gladiator (Adewale Akinnuoye Agbaje) trapped inside the city's coliseum.
Posted by DEZMOND at 2:17 PM