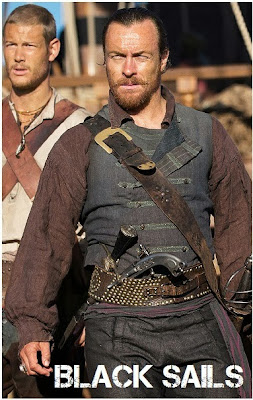 Are you ready for new epic pirate adventure on television? Because Starz' new historical action series BLACK SAILS is coming to the small screens faster than you can say argh!, ready to sail onto the small screens on Saturday January 25th! Today we spotlight the merry crews of the pirate ships, naughty sailors, cunning captains, flimsy tarts and the rest of the mischiefs! The second season of the Michael Bay produced show was ordered much ahead of the opening of the first one and it already started shooting a few weeks ago! 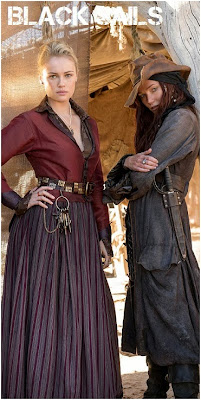 1715. The Golden Age of Piracy in the Caribbean is at its apex. The former British colony of New Providence Island is now lawless territory, controlled by the most notorious pirate captains in history. The most feared among them is Captain Flint. But as the British Navy returns to these waters, threatening to exterminate Flint and his crew, another side of him emerges. Driven by deep, complicated, even romantic motives, Flint allies himself with the formidable Eleanor Guthrie, daughter of the local smuggling kingpin who turns the pirates’ loot into profits. Together, they forge a plan to hunt the ultimate prize, and by winning it, stave off reclamation of their home to ensure their survival. Arrayed against them are a series of opponents: rival captains, jealous of Flint's power; Eleanor's father, whose ambitions for the island conflict with 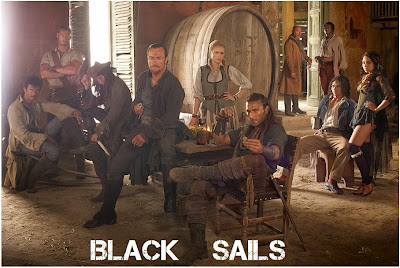 his daughter’s; and a young sailor, John Silver, recently recruited onto Flint's crew, who will somehow manage to constantly undermine his captain’s agenda. 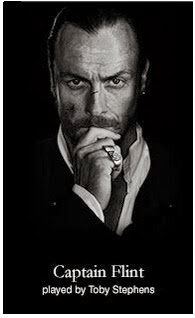 CAPTAIN FLINT
TOBY STEPHENS
Flint is the Captain of the pirate ship Walrus, and known throughout the West Indies as being the most feared of all the Golden Age pirates. His charisma masks a deep, simmering rage, and a propensity towards breathtaking violence. In order to hold off the British and Spanish forces he’ll make himself ruler of Nassau through any means necessary. Played by Maggie Smith's son, British star Toby Stephens! 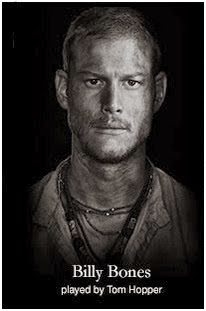 BILLY BONES
TOM HOPPER
Boatswain of the pirate ship Walrus, Billy is key to smooth operations on the Walrus, and is widely assumed to be the next quartermaster should anything happen to Gates. Billy’s belief in the righteousness of the pirate cause will be continually tested as he’s drawn deeper and deeper into Flint’s plans for the future. Played by MERLIN's Tom Hopper! 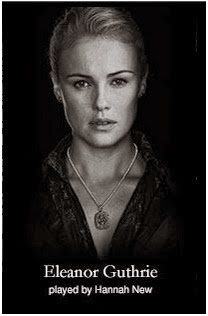 Beautiful and determined, Eleanor is the daughter of Richard Guthrie, the wealthiest black marketer in the Bahamas and the chief fence/supplier for the many pirate crews of New Providence. Left by her father to oversee all his dealings with the pirates in Nassau, she owns and operates the tavern on Nassau’s main street. Eleanor wields considerable influence, leading her to form a pact with Flint that will either bring her dream of complete independence to fruition, or doom it entirely. 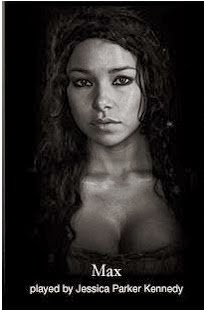 PROSTITUTE MAX
JESSICA PARKER KENNEDY
Seductive, cunning, and coolheaded, Max works as a prostitute in the brothel. In Eleanor Guthrie, she’s found a kindred spirit, a lover, maybe even a savior, but when her aspirations and Eleanor’s begin to conflict, their relationship, and Max’s well-being, take a dark turn for the worse… 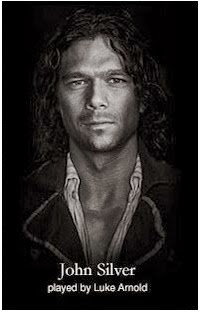 LUKE ARNOLD
A lowly sailor turned pirate recruit, John Silver is a born opportunist. He insinuates himself into the crew of Captain Flint while secretly possessing the “schedule” Flint so dearly wants. A staunch individualist, Silver resents authority of any kind, a quality that brings him into direct conflict with Flint, even as events conspire to make them reluctant partners in the quest to take the Treasure Fleet.


CAPTAIN VANE & ANNE BONNY
ZACH MCGOWAN & CLARA PAGET
The next great pirate captain on New Providence Island, Vane is known as much for his vicious temper as his tremendous financial success. 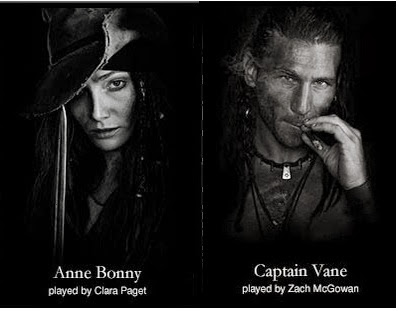