THAT 'HE'S F-ING PERFECT'!
Delightful MAMA MIA and LES MISERABLES star Amanda Seyfried has joined the cast of the romantic comedy HE'S F-ING PERFECT. 'Variety' reports that she will play a social media expert who is unlucky in love and is far better at criticising her friends' dates. When she meets the man of her dreams in the form of her best friend's boyfriend, she convinces her friend to dump him so she can date him instead! She then uses all her internet savvy to turn herself into his perfect match. Amanda is currently shooting Wild West comedy A MILLION WAYS TO DIE IN THE WEST with Seth McFarlane, Charlize Theron, Liam Neeson! 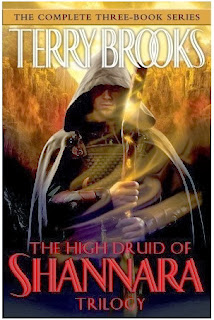 Now this is rather shocking. I've already informed you of the plans to adapt famous SHANNARA book saga but the surprise is that MTV has ordered the script from the creators of SMALLVILLE for the adaptation which will be turned into a TV series if they like the material. Jon Favreau will direct the project which, based on Terry Brook's fantasy saga, is set in our world, thousands of years after the destruction of our civilization. The story is centred on the Shannara family, whose descendants are empowered with ancient magic and whose adventures continuously reshape the future of the world. According to 'Deadline' the first season of the potential SHANNARA series will be based on 'The Elfstones of Shannara', the second title in the epic saga! 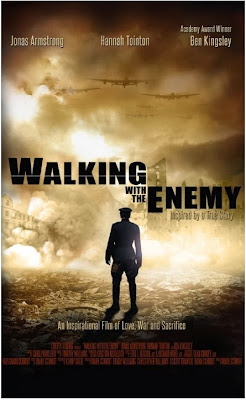 WWII. Both men are from Hungary, a German ally that had been spared the atrocities orchestrated by Hitler throughout much of Europe. As the war reaches its climax, Germany begins to doubt the loyalties of the Hungarian leadership - in particular the infamous Regent Horthy (Ben Kingsley) who is ultimately faced with ceding power to another political party or accepting the execution of his son. As the crisis unfolds, thousands of his citizens are forced underground or put into ghettos. One of them is a young man named Elek Cohen (Jonas Armstrong) who is separated from his family and determined to find them. Aided by the woman he loves (Hannah Tointon), Elek disguises himself as a Nazi SS officer!
Posted by DEZMOND at 1:57 PM