FOX SHOW
Earlier this year I announced that Fox is preparing Ancient Egypt epic TV series HIEROGLYPHS and now we have the first casting choice. 'Deadline' reports that Reece Ritchie (10,000 BC, HERCULES, LOVELY BONES, PRINCE OF PERSIA) will play the Pharaoh in the 13 episode historical adventure set in ancient Egypt, where fantasy and reality intertwined. It follows a notorious thief who is plucked from prison to serve the Pharaoh, navigating palace intrigue, seductive concubines, criminal underbellies and even a few divine sorcerers. Reece Ritchie’s Shai is the young, handsome Pharaoh who rules with an iron fist and fully trusts no one. He is obsessed with maintaining power over his kingdom, which he’ll do by any means necessary. Peter Chernin (TERRA NOVA) is producing!

HOW TO TRAIN YOUR DRAGON 3 VS FINDING DORY VS ICE AGE 5
Speaking of ancient Egypt, ICE AGE 5 has just been given the release spot in July 2016 which previously belonged to another of Fox Animation animated films ANUBIS. The same summer, June 2016 will also see the battle of other two animated sequels Pixar's FINDING DORY and Dreamworks' HOW TO TRAIN YOUR DRAGON 3!
'ANUBIS' ANIMATED MOVIE
ANUBIS, which has now been pushed to 2018, follows Dr. George Henry, who finds himself condemned to the Egyptian Underworld after succumbing to an ancient Mummy curse. The doctor's son Henry sets off on an adventure to free his father, and must battle various monsters of all shapes and sizes as he plunges through the depths of this fantastical Underworld.


1ST 'TRANSCENDENCE' TRAILER
JOHNNY DEPP, PAUL BETTANY, CILLIAN MURPHY, MORGAN FREEMAN, KATE MARA
Dr. Will Caster (Johnny Depp) is the foremost researcher in the field of Artificial Intelligence, working to create a sentient machine that combines the collective intelligence of everything ever known with the full 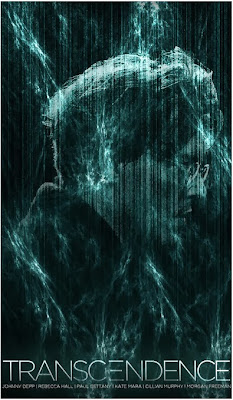 range of human emotions. His highly controversial experiments have made him famous, but they have also made him the prime target of anti-technology extremists who will do whatever it takes to stop him. However, in their attempt to destroy Will, they inadvertently become the catalyst for him to succeed - to be a participant in his own transcendence. For his wife Evelyn (Rebecca Hall) and best friend Max Waters (Paul Bettany), both fellow researchers, the question is not if they can... but if they should. Their worst fears are realized as Will's thirst for knowledge evolves into a seemingly omnipresent quest for power, to what end is unknown. The only thing that is becoming terrifyingly clear is there may be no way to stop him. Coming to cinemas next April the film also stars Morgan Freeman, Cillian Murphy and Kate Mara.
Posted by DEZMOND at 11:58 PM