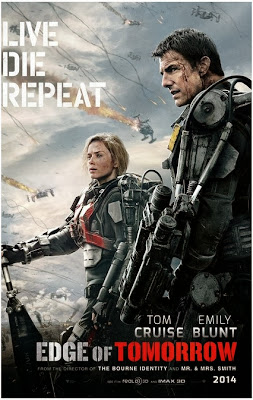 THE FIRST TRAILER IS HERE!
Are you ready to check out the first trailer for science fiction action EDGE OF TOMORROW which will arrive to the theatres next June? Tom Cruise plays a raw recruit, pressed into battle against an alien species, who gets killed in action. But he is reborn each day to suffer the same fate. 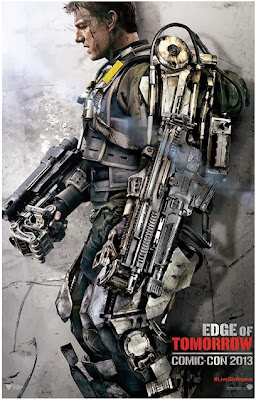 time loop. The action of EDGE OF TOMORROW  unfolds in a near future in which an alien race has hit the Earth in an unrelenting assault, unbeatable by any military unit in the world. In the beginning of the story, Cage (Tom Cruise) is an officer who has never seen a day of combat when he is unceremoniously dropped into what amounts to a suicide mission. Killed within minutes, Cage now finds himself inexplicably thrown into a time loop forcing him to live out the same brutal combat over and over, fighting and dying again and again. But with each battle, Cage becomes able to engage the adversaries with increasing skill, alongside Special Forces 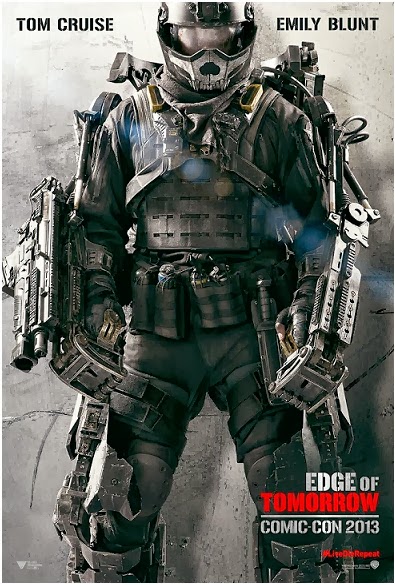 warrior Rita Vrataski (Emily Blunt). And, as Cage and Rita take the fight to the aliens, each repeated encounter gets them one step closer to defeating the enemy. 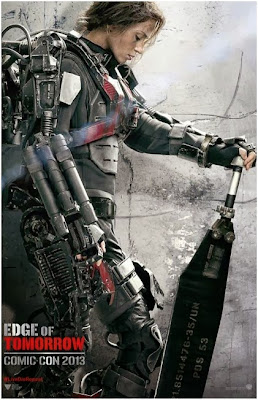 BASED ON JAPANESE MANGA
The film was formerly known as ALL YOU NEED IS KILL and it is a big screen adaptation of a Japanese manga (Warner Bros. paid $3 million for the rights). It is directed by action movies director Doug Liman (MR. AND MRS. SMITH, THE BOURNE IDENTITY) while Bill Paxton, Jeremy Piven, Lara Pulver and Jonas Armstrong are also in the cast. Brad Pitt was originally eyed for the role! During the shooting of the film last year, Trafalgar Square in London was completely shut down to allow the production team to film shots for the movie.