'HOW TO TRAIN YOUR DRAGON 2'
CATE BLANCHETT IS GUARDIAN OF 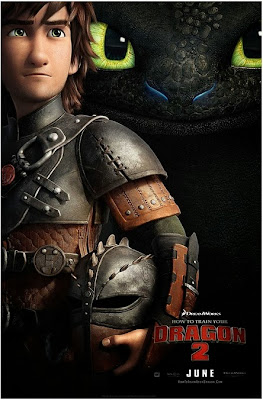 THE DRAGONS
Definitely one of the most anticipated 2014 movies is HOW TO TRAIN YOUR DRAGON II the sequel to the adorable animated adventure which will fly into theatres next June. Today you can check out the first picture of Cate Blanchett's character Valka, a mysterious guardian of the dragons. Directed by Dean DeBlois ('How to Train Your Dragon', 'Lilo & Stitch'), this sequel follows Toothless and Hiccup (Jay Baruchel ) five years down the road, as Hiccup heads towards adulthood while trying to hold onto those last few precious 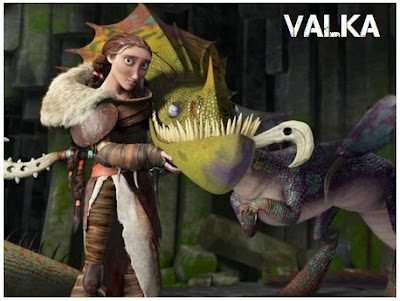 moments of his childhood. He is faced with a lot of new responsibilities, and is being groomed to eventually take over for his dad (Gerard 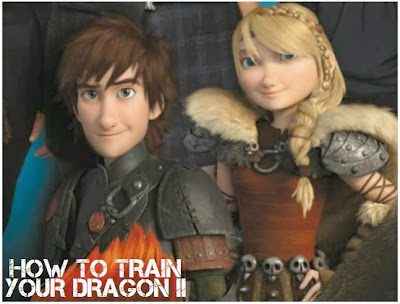 Butler). But before that can happen, he sets off on one last adventure to the Arctic, where he stumbles upon Valka. A tough warrior, this woman is seen as a vigilante who springs dragons from traps, hiding them from 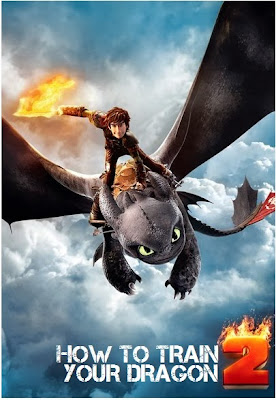 a vicious dragon hunter by the name of Drago Bludvist (Djimon Hounsou) and his No. 2, Eret (Kit Harington).

Cate Blanchett was offered the role at the Oscars' ceremony with Dean DeBlois approaching her right there at the red carpet. Her character can communicate with dragons in non verbal ways and is distrusting of humans. Unlike Hiccup's dragon Toothless who looks like a panther, Valka's dragon Cloudjumper looks more like an owl and has a second set of wings hidden under the main ones! 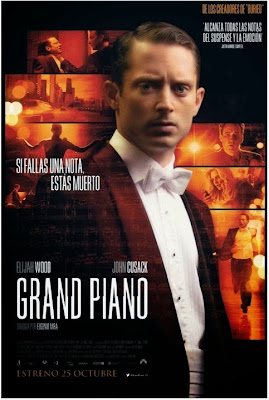 I've already shown you the Spanish version, but here is the first English trailer for GRAND PIANO thriller! Elijah Wood stars as Tom Selznick, the most talented pianist of his generation, who has stopped performing in public because of his stage fright. Years after a catastrophic performance, he reappears in public for a long awaited concert in Chicago. In a packed theatre, in front of an expectant audience, Tom finds a message written on the score: "Play one wrong note and you die." In the sights of an anonymous sniper (John Cusack), Tom must get through the most difficult performance of his life and look for help without being detected.


DEZZY'S CAKE MAGIC!
SWEETEN YOUR HOLIDAYS!
And don't forget that today over at NO, REALLY YOU CAN EAT IT site you can experience DEZZY'S CHRISTMAS CAKE MAGIC with

recipes for my very own enchanting peanut, cappuccino and toffee cakes to bring some magic into your festive days. I expect your comments there :)
Posted by DEZMOND at 6:20 PM