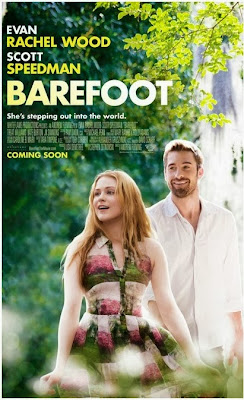 SCOTT SPEEDMAN & EVAN RACHEL WOOD
Two new trailers for you this Monday. First one is for romantic comedy BAREFOOT which should tiptoe into the cinemas next February. Scott Speedman plays the "black sheep" son of a wealthy family who meets a free-spirited, but sheltered woman (deeply strange casting of Evan Rachel Wood). To convince his family that he's finally straightened out his life, he takes her home for his brother's wedding where an improbable romance blooms, as she impresses everyone with her genuine, simple charms. The movie also stars J.K. Simmons and Treat Williams.


'IN SECRET' TRAILER
ELIZABETH OLSEN & JESSICA LANGE & TOM FELTON
Sometime ago you've read a whole spotlight on upcoming period drama IN SECRET (previously known as THERESE) based on Emile Zola's novel THERESE RAQUIN and today you can watch the first trailer for the movie. Shot in Serbia, the film is set in the lower echelons 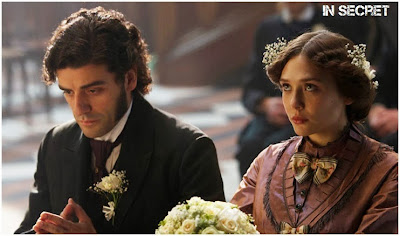 of 1860s Paris. Therese Raquin (Elizabeth Olsen), a sexually repressed beautiful young woman, is trapped into a loveless marriage to her sickly cousin, Camille (Tom Felton), by her domineering aunt, 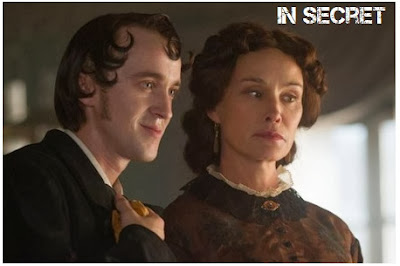 Madame Raquin (Jessica Lange). Therese spends her days confined behind the counter of a small shop and her evenings watching Madame play dominoes with an eclectic group. After she meets her husband's alluring friend, Laurent (Oscar Isaac), she embarks on an illicit affair that leads to tragic consequences.
Posted by DEZMOND at 6:00 PM