Continuing our highly popular series of royal reports from the weddings of crowned heads around Europe, after London, Monaco, Jordan, Luxembourg and the royal Dutch crowning, we move up North to Sweden where earlier this weekend a lavish wedding of the nation's 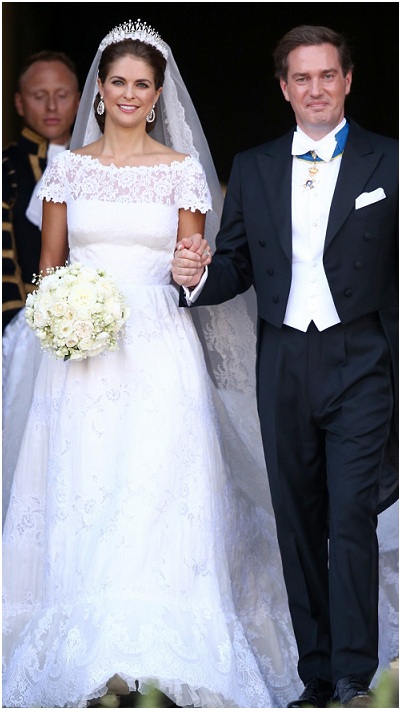 beloved princess Madeleine was held. The younger sister of Swedish Crown Princess Victoria got married to New York banker Christopher O'Neill, following her sister's footsteps who, few years ago, chose to marry a fitness instructor and not a prince of blue blood. 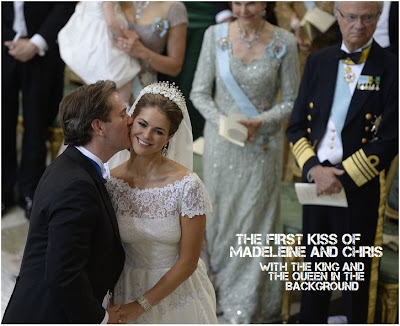 THE ROYAL WEDDING
FILLED WITH EMOTIONS
It was quite an emotional wedding this wedding in Swedish capitol Stockholm, since both the bride (30) and the groom (38) were fighting back the tears in their eyes when stunning princess Madeleine (she is considered one of the most beautiful princesses in the world, 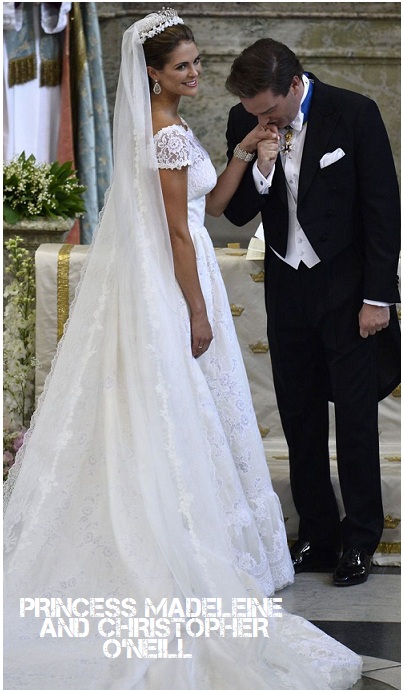 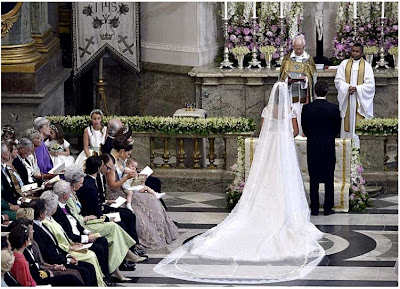 march. After the ceremony they kissed at the stairs of the royal Drottningholm palace in front of  thousands of people in the cheering crowd and almost 500 royal guests from around the world. 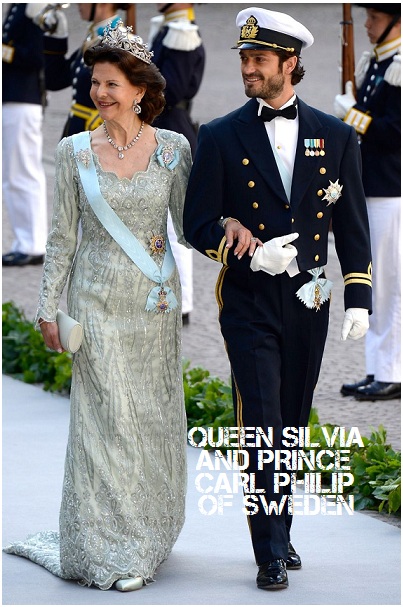 THE ROYAL GOWN
SILK BY VALENTINO
For her royal wedding dress, Madeleine has opted for a luxurious silk organza and lace pure white gown from famous Italian designer Valentino (if you ask me he is never good in this royal business since he tends to dress the future queens and princesses in overly old fashioned dresses) with a four meter long trail! 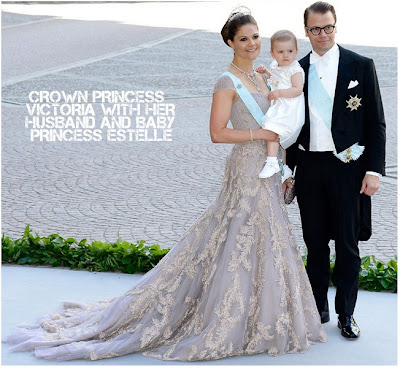 THE ROYAL PRINCESS
EXTRAVAGANT AND STYLISH
The extremely stylish princess Madeleine, who always attracted looks with her enchanting beauty and her merry behaviour, is the youngest daughter of Swedish king and queen and fourth in line to the throne. Because of her extravagant behaviour, the people in Sweden

themselves have always preferred her older and calmer sister Victoria, the future queen of Sweden! After breaking her engagement to her previous boyfriend, Madeleine fled to New York where she met 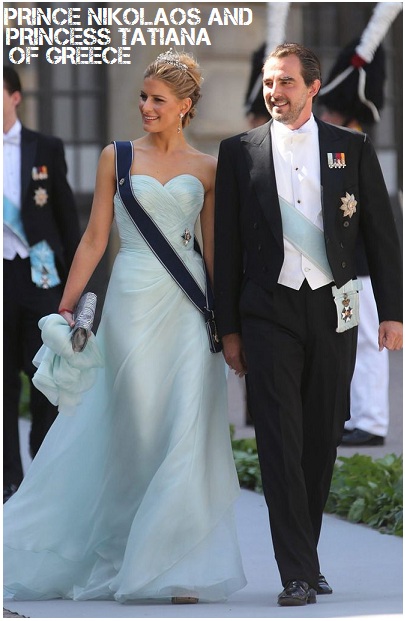 O'Neill, who isn't from a royal family but does come from a very rich one. Since he has both British and American citizenship he has refused the Swedish one, along with any title, and he and Madeleine will live over in Manhattan. 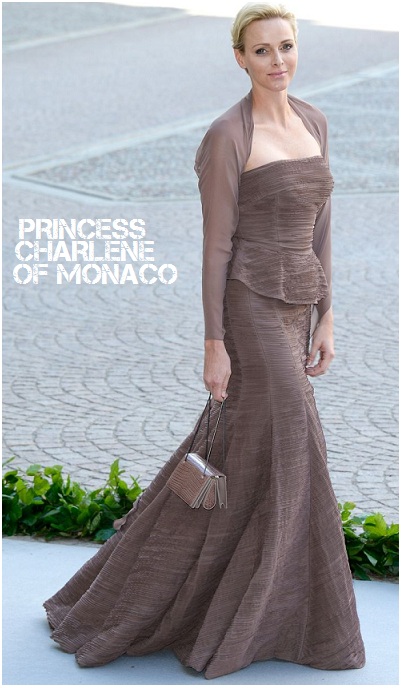 THE ROYAL GUESTS
POSH FASHION & ROYAL BABIES
As you can see from the pictures, the event had a smaller number of royal family members than some other weddings we've seen but most of the princes and princesses have appeared in outfits more glamorous and 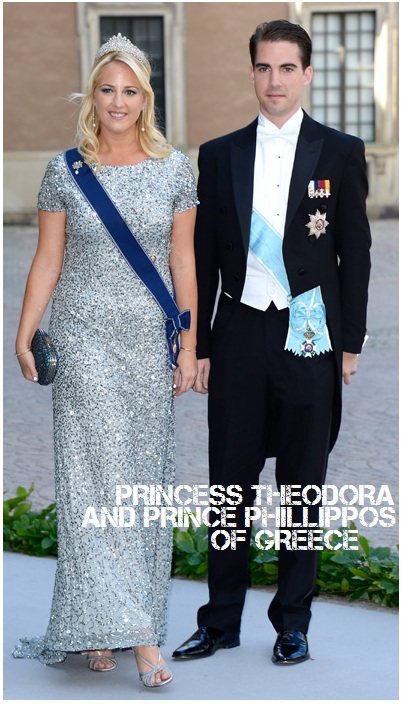 modern than we've seen at other recent royal events. Crown princess Victoria was particularly stunning in her greyish beige gown with a red carpet trail and her baby, little princess Estelle, in her arms. Princess Charlene of Monaco was also lovely, and so was the delightful 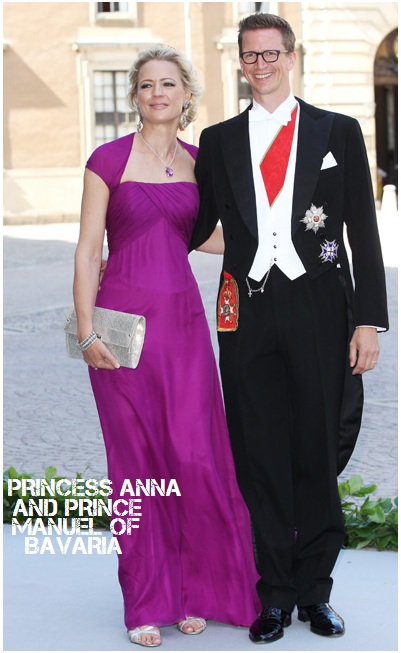 princess Stephanie whose wedding to charming prince Guillaime of Luxembourg we still remember fondly. Check out the rest of the royal gowns and guests in the pictures in today's royal spotlight! 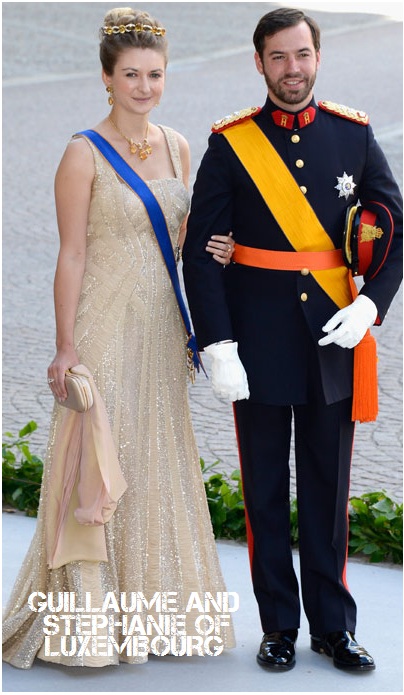