GLENN CLOSE JOINS
GUARDIANS OF  GALAXY
A movie cast which has both Glenn Close and a wrestling star? No, I'm not joking - it just happened in GUARDIANS OF THE GALAXY in which Glenn will play the head of the Nova Corps intergalactic space patrol! The film, which will follow a U.S. pilot who ends up in space in the middle of a universal conflict and goes on the run with futuristic ex-cons who have something everyone wants, will focus on the team of intergalactic peacekeepers lead by Star Lord or Peter Quill (played by Chris Pratt, who is joined by Dave Bautista as Drax the Destroyer, Zoe Saldana as Gamora, Michael Rooker as Yondu, Lee Pace  as the main villain The Collector and Ophelia Lovibond as one of The Collector's henchmen! The superhero adventure should hint cinemas August next year!

GRUMPY CAT
GETS HER OWN FILM! 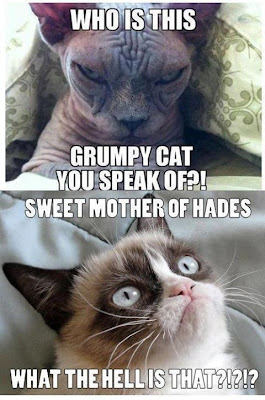 Glorious news, people, simply glorious! Everybody's favourite cat these days, the worldwide famous GRUMPY CAT, whose Facebook shrine has more than one million worshippers, is getting her own live action film which would see her becoming the female version of Garfield! The cranky faced cat, whose real name is Tardar Sauce, and who has about as much facial expressions as KStew from TWILIGHT, will even get the power of speech in the movie! Beside being one of the most influential cats in the world, the frowning feline has also been a guest at almost all big shows and is making millions of people happy everyday with her daily memes at Facebook and Tweeter. She is sponsored by Friskies and has her own merchandise! 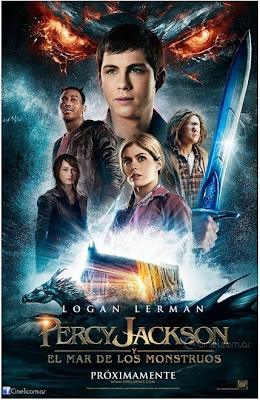 The only trailer I have for you today is the second one for epic sequel PERCY JACKSON: SEA OF MONSTERS which comes to theatres this August starring Logan Lerman, Nathan Fillion as Hermes, Alexandra Daddario, Stanley Tucci and others. This time, our hero Percy, the son of Greek God Poseidon, together with his friends, heads into the Sea of Monsters to find the mythical Golden Fleece in order to restore the dying safe haven for demigods and mythical creatures! The film is being directed by a man who has a Godly name himself - Thor Freudenthal! Along with the trailer you can also check out a new international poster!
Posted by DEZMOND at 12:00 AM