MISS HANNIGAN IN "ANNIE" REMAKE
After Sandra Bullock has recently declined an offer to play crazy Miss Hannigan in the big screen remake of famous musical ANNIE, Columbia Pictures has replaced her with Cameron Diaz. The new version has a contemporary setting with the story following an orphan named Annie (Quvenzhané Wallis), who is confined to an orphanage run by a cruel supervisor named Agatha Hannigan (Cameron Diaz). She is sent to Oliver Warbucks' (Jamie Foxx) home for a short time and convinces the wealthy industrialist to help her find her parents. Along the way, Miss Hannigan, her evil brother, Rooster, and a female partner scheme up a plan to impersonate her family and gain the rewards. It was also revealed recently that we shall also watch Cameron's BAD TEACHER in a movie sequel after it gets its television version this Autumn in a form of sitcom.


IS VIN DIESEL
MARVEL'S BLACK PANTHER?
You have probably already heard the hot news: Vin Diesel is apparently in secret negotiations to take the role of BLACK PANTHER! And it's not a gossip, since Vin revealed at his own Facebook page that Marvel has requested a meeting with him and that his fans will easily guess what for. He might be wanted for some of the roles in GUARDIANS OF THE GALAXY 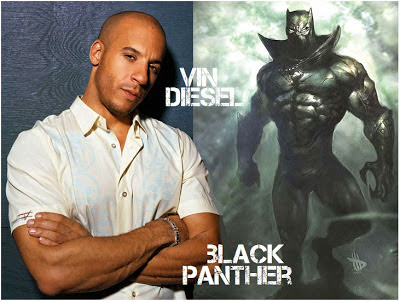 and AVENGERS 2 as well or even in DR STRANGE. BLACK PANTHER is a superhero and a chief of the Panther Tribe of the powerful nation of Wakanda in Africa! Vin has the third part in his RIDDICK sf saga coming out this September and you've recently seen him in huge blockbuster FAST AND FURIOUS 7!


ESCAPE PLAN TRAILER
SYLVESTER STALLONE & ARNOLD SCHWARZENEGGER
Well, it is official - fallen action stars from the 80's and 90's are back and it appears they have an ESCAPE PLAN! Check out the first trailer for new action film in which two old 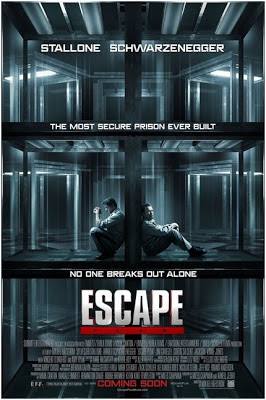 action rivals Sylvester Stallone and Arnold Schwarzenegger form a team together. The story follows Ray Breslin (Sylvester Stallone), a security expert framed for a crime and sent to the very prison he designed. With the help of longtime inmate Swan Rottmayer (Arnold Schwarzenegger), Ray hatches a plan to break out of this one-of-a-kind floating prison at sea, and clear his name. The cast also includes James Caviezel, Vincent D'Onofrio, Sam Neill, Vinnie Jones, and that nasty rapper 50 Cent and they're all ready to put their ESCAPE PLAN into reality this October!
Posted by DEZMOND at 12:00 AM