JENNIFER LAWRENCE TO LEARN
THE RULES OF INHERITANCE
Deadline reports that young star (she's nice but I still don't know why she got that Oscar this year?) Jennifer Lawrence, who is currently shooting X MEN DAYS OF FUTURE PAST, will take the lead in THE RULES OF INHERITANCE. The film is based on Claire Bidwell Smith's memoir. As an only child, she lost both of her parents to cancer over seven years, while she was a young adult. The book chronicles the many adventures and romances she embarks on, in an effort to cope with her loss, while finding out who she really is in the process. The film will be directed by Susanne Bier who recently already directed Jennifer in SERENA in which she played with Bradley Cooper for the second time after THE SILVER LININGS PLAYBOOK!


THE LITTLE PRINCE
GETS ANIMATED VERSION 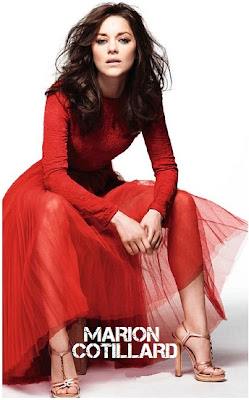 Another animated film is getting quite a stellar voice cast. The animated movie adaptation of Antoine de Saint Exupery's classic children's novella THE LITTLE PRINCE will have James Franco, Marion Cotillard, Benicio Del Toro, Jeff Bridges and Paul Giamatti lending their voices to the main characters. One of the most popular books in history, translated into almost all known languages, brings a philosophical tale of a pilot stranded in the desert, where he encounters a young prince who has fallen from an asteroid. Mark Osborne, who did KUNG FU PANDA, will direct the movie!


SEA MONSTER MOVIE
FROM TRIGGERFISH STUDIOS
As HOLLYWOOD SPY exclusively announced in our interview with Anthony Silverston, after ZAMBEZIA and KHUMBA, South African TriggerFish studio is moving onto SEA MONSTER their third animated film. Now, Variety reports that the script, written by lovely 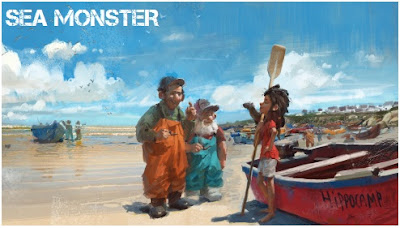 Raffaella Delle Donne, will follow an obsessive-compulsive science geek who discovers a primordial sea monster off the coast of South Africa, and has to overcome his fear of the ocean before the creature is captured by an unscrupulous professor, changing the face of the planet forever. 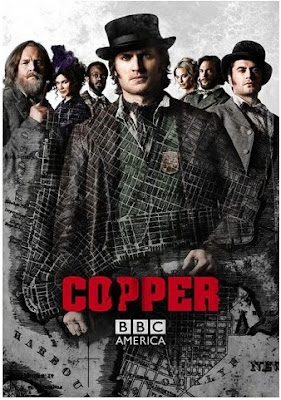 In the trailer department today, you can check out the trailer for the second season of COPPER coming to BBC America Sunday June 23rd! Last year's hit show, following detectives working in 1865 New York City,  returns with very special guest stars Donal Logue and multiple award-winning actress Alfre Woodard  joining the cast which is again lead by Tom Weston Jones.  America is now on the brink of Lincoln's assassination and Detective Kevin Corcoran struggles to tame the wartime metropolis while wrestling with personal demons, including the betrayal of his wife and best friend. And when Tammany Hall's

outspoken General Brendan Donovan returns from the Civil War to restore law and order in the Sixth Ward, loyalties will be bought and sold both uptown and in the slums of the Five Points as Corcoran, and those around him, fight to find their places in an unforgiving city.
Posted by DEZMOND at 12:00 AM