GLORIOUS FIRST TRAILER FOR "THE HOBBIT: THE DESOLATION OF SMAUG"! PLUS EXTENSIVE SPOTLIGHT ON ALL YOU NEED TO KNOW ABOUT THE EPIC SEQUEL TO THE MIDDLE EARTH ADVENTURES 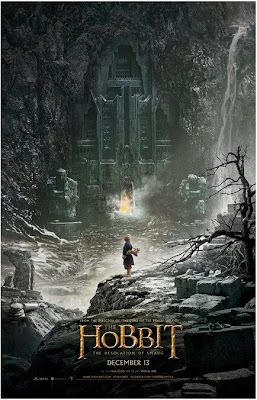 It's here, it's here, it's here! Are you excited: the first trailer for epic adventure THE HOBBIT: THE DESOLATION OF SMAUG is here! Directed by Peter Jackson, the second part of the Hobbit saga will be released in theatres this December but you can already check out the first absolutely glorious trailer for it. It brings the first look upon Bard the Bowman, Legolas, Tauriel and Smaug beside giving us stunning look upon Gandalf, Bilbo, Thranduil and the rest of the company. You can also check out the first poster for the second part of the Middle Earth trilogy and you can read all the facts you need to know before December comes upon us bringing  the prequel tale to the famous LORD OF THE RINGS saga!

THE STORY OF THE SEQUEL
DESOLATION OF SMAUG
In the first film (which has earned more than one billion dollar around the world) the Dwarfs, Bilbo (Martin Freeman) and Gandalf have successfully escaped the misty mountains, and Bilbo has gained the One Ring. They now all continue their journey to get their gold back from 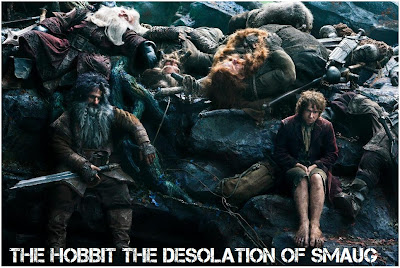 the Dragon, Smaug! After crossing over (and under) the Misty Mountains, Thorin and Company must seek aid from a powerful stranger before taking on the dangers of Mirkwood Forest - without their Wizard (Ian McKellen). If they reach the human settlement of 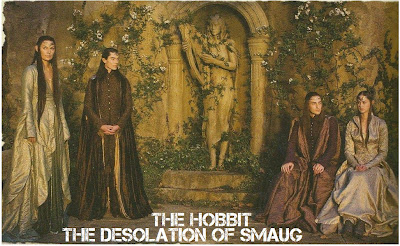 Laketown it will be time for the hobbit Bilbo Baggins to fulfil his contract with the dwarves. The party must complete the journey to Lonely Mountain and burglar Baggins must seek out the Secret Door 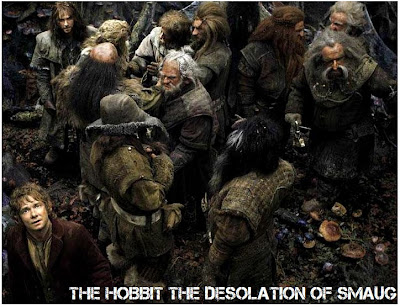 that will give them access to the hoard of the dragon Smaug. And, where has Gandalf got off to? And what is his secret business to the south?


THE HOBBITY INFO
ALL YOU NEED TO KNOW ABOUT THE EPIC SEQUEL
What shall we see in the adventures of our heroes in THE HOBBIT: THE DESOLATION OF SMAUG?  They will visit the house of the shape-shifting bear Beorn (Mikael Persbrandt) who lives with his 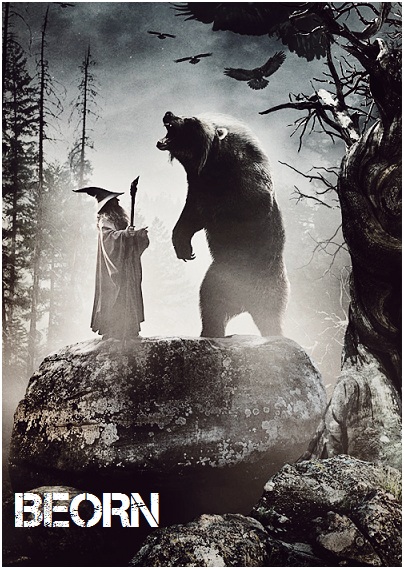 animal retinue and who doesn't like Hobbits but also hates goblins, so Gandalf killing the Great Goblin King will impress him and he will help Thorin (Richard Armitage) and Bilbo to prepare for their journey.

MIRKWOOD COURT OF ELVEN KING THRANDUIL
They will also end up in the Mirkwood Forests filled with wonders, mysteries, enchanted streams, spiders and wood elves! Here we shall also see the wondrous Mirkwood palace of Thranduil the Elven king played by Lee Pace. Since Thorin's group will be imprisoned by 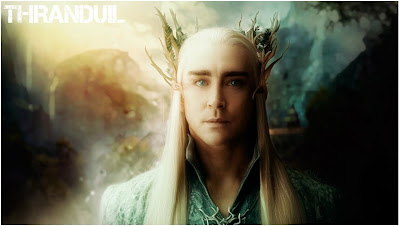 the Elven king we shall also see, for the very first time, Tauriel, gorgeous Elven archer and the member of the Royal Guard, played by Evangeline Lilly.  She will be using twin blades! They are supposed to

run away from Thranduil's palace hidden in barrels! Thranduil's son Legolas (Orlando Bloom, who is, in real life, actually two years older than Lee Pace) is also supposed to appear in the film in some kind of a battle scene.

BARD THE BOWMAN
FUTURE KING OF DALE
After escaping the Elven court (using Thranduil's butler Galion's fondness for drink)  Thorin, Bilbo and the rest of the dwarves will end up in Laketown, the city of humans, where we shall meet for the first time Bard the Bowman played by Luke Evans, one of the people of 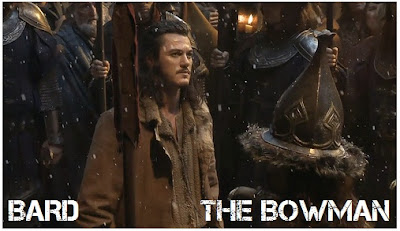 the pompous Master of Laketown played by Stephen Fry. Bard will give the company a boat ride to LakeTown! Bard will be an enigmatic, Robin Hood-esque figure,  Middle-earth's finest when it comes to arrow-skills! He is the heir of Girion, the last king of old Dale. He defends the 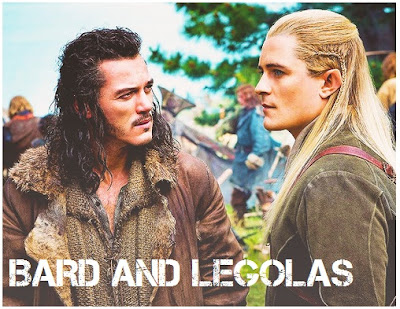 town when the dragon comes, and slays the dragon himself. In the last film he will lead the Men of Esgaroth at the Battle of Five Armies and will be crowned king of the re-founded Dale. He also has a little son Bain!


GANDALF & RADAGAST
Gandalf will venture into the tombs within the High Fells, trying to exhume the blade of the Witch-King of Angmar! He is supposed to meet with delightful Radagast the Brown there played by Sylvester McCoy! 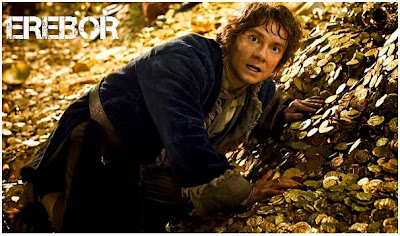