While current animated hit EPIC is scoring success in cinemas (it has passed $100 million worldwide), let us spotlight some of the animated sequels that are awaiting us this summer! 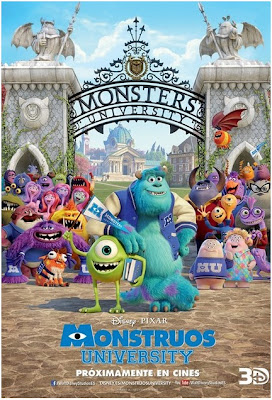 Disney Pixar is ready to release the new adventures of the crazy animated monsters June 21st! Sequel or to be more precise - a prequel to 2001 huge animated blockbuster MONSTER INC since it is set about 10 years before the events of the original film: serious yet intelligent 17-year-old Michael "Mike" Wazowski (voiced by Billy Crystal) is extremely eager to start college, where he is majoring in scaring. Things don't go quite as planned, though, when 18-year-old James P. "Sulley" Sullivan (voiced by John Goodman) happens to be in the same fraternity as him. Sulley shows 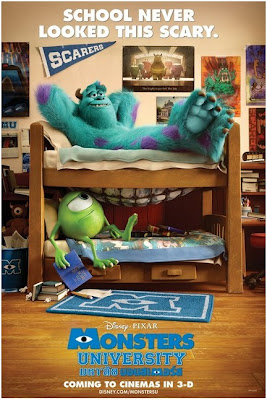 to be almost the exact opposite of Mike: playful, all-brawn, and most notably large. He is also majoring in scaring, however, and they soon become enemies in a rivalry that will tear their worlds apart, including going to jail, but ultimately brings them together!

DESPICABLE ME 2
VILLAINS AND MINIONS 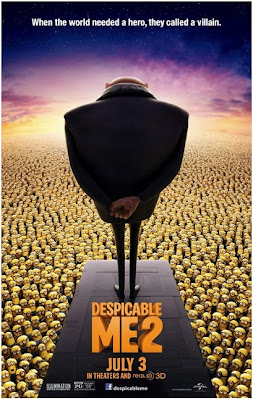 A month later we shall watch the sequel to 2010 animated hit DESPICABLE ME which unexpectedly earned around half billion dollars around the world!  In DESPICABLE ME 2 Gru (Steve Carell) is no longer a villain, since saving his three adopted daughters Margo, Edith, and Agnes from Vector in the first film. But his calm and unexciting new life takes an unexpected turn when he is recruited by Lucy Wilde (Kristen Wiig) and Silas Ramsbottom (Steve Coogan) and is taken to the headquarters of the Anti-Villain League, a society dedicated to fighting crime on a global scale. There he discovers that there is a new villain called Eduardo (Benjamin Bratt) on the loose and because Gru was 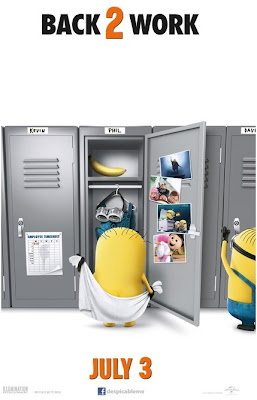 once a villain himself and knows how they think, Silas (who is the League's head), wants Gru to help them fight Eduardo. With the help of Gru's assistant, Dr. Nefario (Russell Brand), his minions, Margo, Edith, and Agnes, Gru must save the world (again).

DESPICABLE FACTS Since they were so adorable in both movies, Gru's delightful little minions will get their own MINIONS spin off in December 2014 which will be focusing mainly on Gru's yellow henchmen before they have met. In it they will compete for the right to become henchmen of an ambitious villain, Scarlet Overkill, voiced by Sandra Bullock!
Posted by DEZMOND at 12:00 AM