PENELOPE CRUZ IS
THE OLDEST EVER JAMES BOND GIRL
One of the hottest pieces of news at the beginning of this week was an info on Penelope Cruz taking a Bond girl role in the next JAMES BOND movie which will most probably again be directed by Sam Mendes who scored huge success with SKYFALL. It's interesting that Penelope is married to and has recently had a baby with Javier Bardem who played the villain in SKYFALL. The 24th film on agent 007 should start shooting next year which will give Penelope enough time to get in shape after her pregnancy. If she signs the contract she will be the oldest Bond girl in history being 40 years old. Pussy Gallore was the oldest so far with her 39 years of age.

IAN SOMER- HALDER
IN 'ANOMALY' SF FILM
Digital Spy reports that ladies' favourite TV hunk Ian Somerhalder from VAMPIRE DIARIES has taken a role in science fiction movie ANOMALY! Written by Noel Clarke (STAR TREK INTO DARKNESS), who will also star  in the film and direct it, the movie will revolve around a traumatised ex-soldier (Hemsworth) who wakes up in a van to find that he has only nine minutes and 37 seconds of consciousness to work out how he got there. The soldier will be played by Luke Hemsworth, the oldest brother of Chris and Liam, who is best known for his work in NEIGHBOURS soap. 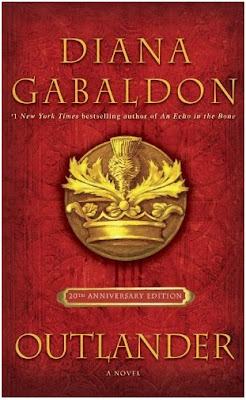 Good news people, we're getting a new epic show! Starz has officially ordered 16 episodes of OUTLANDER! Produced by BATTLESTAR GALACTICA's Ronald Moore, the show will be a television adaptation of Diana Gabaldon's seven book saga.  Sold in over 20 million copies around the world, the fantasy saga follows British Army nurse Claire Randall as she is transported back in time from 1945 to 18th century Scotland, embarking on an epic romance with Scots warrior Jamie! The production begins this October in Scotland which means we can expect casting news in upcoming months!


NEW TRAILER FOR
FOR CW'S 'REIGN' EPIC SHOW
You can also check out the new, long, trailer for CW's new historical show REIGN which will hit the small screens this Autumn on Thursdays. 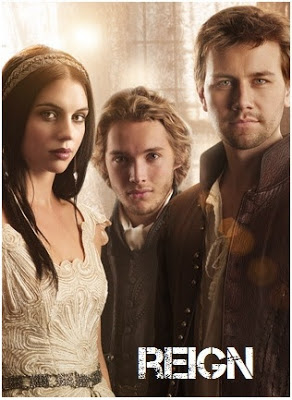 The trailer is confusing since the show looks extremely cheap at some moments and then luxurious and rich in others, with costumes that look mostly bad and with strange casting choices (the lead actress Adelaide Kane looks too modern teeny for this kind of genre), but we shall give it a benefit of the doubt. As you can read in HOLLYWOOD SPY's extensive spotlight on the show, the story will follow the teen days of Mary Queen of Scots when she arrives to French court where she falls into the world of intrigues surrounding

the king, the queen (Megan Follows), the lords and their mistresses, and two young princes Francis ( Toby Regbo) and Sebastian (Torrance Coombs)!