CINDERELLA IN "INTO THE WOODS"
One of the numerous fairy tale movies coming to cinemas in the future, movie adaptation of Broadway musical INTO THE WOODS has a new cast member! Stunningly stellar cast which already has Meryl Streep, Emily Blunt, Johnny Deep, Chris Pine, Jake Gyllenhaal has added Anna Kendrick who will play Cinderella making a very strange casting choice! To be directed by Rob Marshall (MEMOIRS OF GEISHA, CHICAGO) Disney's musical will follow a baker (James Corden) and his wife (Emily Blunt) who head into the woods to confront an evil witch (Meryl Streep), whose curse prevents the couple from ever having children. Travelling through the forest they encounter several classic fairy tale characters from Cinderella (Anna Kendrick) and the Big Bad Wolf (Johnny Depp), to Cinderella's and Rapunzel's princes (Chris Pine and Jake Gyllenhaal)! Tracey Ullman is the mother of Jack the Giant Killer while Christine Baranski is portraying Cinderella's mean stepmother. 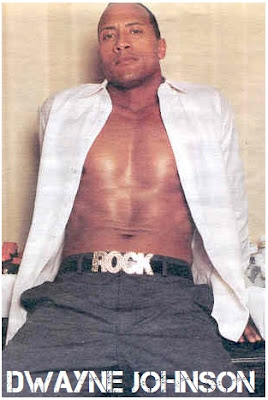 And you have probably heard by now, that Dwayne Johnson, who is currently shooting his new historical epic HERCULES: THRACIAN WARS, might take the lead role in TERMINATOR 5! Arnold Schwarzenegger is also supposed to play in the film which would be a kind of a prequel  in which Arnold would play a human, who protects the parents of Sarah Connor in the 1940s and 1950s. Apparently his ability to protect Sarah's parents with outdated equipment, lead to the machines building a Terminator in his likeness, which was sent back to the year 1984 to kill Sarah Connor in the original Terminator. Laeta Kalogridis (PATHFINDER, ALEXANDER) is writing the script.

EMPIRE STATE TRAILER
DWAYNE JOHNSON & LIAM HEMSWORTH
Speaking of Dwayne Johnson, check out the new trailer for his new film EMPIRE STATE in which plays a good cop next to Liam Hemsworth. The script of the action movie is based upon a true story 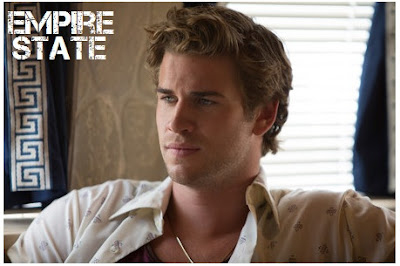 which happened back in 1982 when two childhood friends from Astoria, N.Y., were planning to rob an armoured car depository. Dwayne Johnson plays a NYPD cop who stands in their way together with local 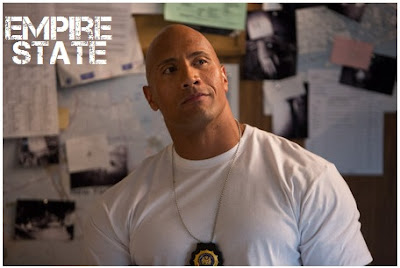 crime bosses who want to find out who pulled out the gig on their own turf! This heist drama, directed by Dito Montiel, also stars Emma Roberts and Michael Angarano.
Posted by DEZMOND at 12:00 AM