THE SMURFS 2 TRAILER
SMURFS ARE GOING TO PARIS!
We're going a bit juvenile today at HOLLYWOOD SPY with two trailers for delightful animated features. First, a trailer for a sequel kids around the world have been 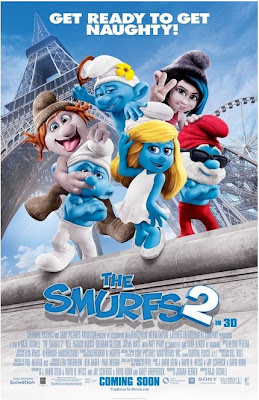 waiting with great excitement - THE SMURFS 2! Coming to theatres July 31st, the film will see Patrick (Neil Patrick Harris) and Grace (Jayma Mays) teaming up with THE SMURFS again on an important adventure. The evil Gargamel (Hank Azaria) has captured Smurfette (Katy Perry), with the help of his new creation, Smurflike creatures known as The Naughties (Christina Ricci and J.B. Smoove). As the Smurfs try to rescue their beloved Smurfette, she develops a "naughty" streak of her own in this animated adventure from director Raja Gosnell. Sofia Vergara, Anton Yelchin and Brendan Gleeson are also in the cast! The first film has earned almost $150 million only in USA back in 2011! 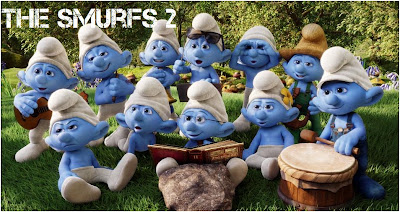 IS FAIRY GODMOTHER IN CINDERELLA
And speaking of stories for kids, we have new casting info from the production of CINDERELLA which is getting its live action version helmed by famous Kenneth Branagh. The cast which already includes Cate Blanchett as the evil Stepmother, Richard Madden as the Prince, Holliday Grainger and Sophie McShera as Stepsisters and Lily James as the CINDERELLA, has now added Helena Bonham Carter as the Fairy GodMother! We've recently watched Helena in LES MISERABLES and will watch her soon this summer next to Armie Hammer and Johnny Depp in THE LONE RANGER! Back in their early days, Helena was actually Kenneth's girfriend for a few years!

FREE BIRDS TRAILER
TURKEYS DO SOME TIME TRAVEL
The second trailer is for another crazy hilarious adventure coming to cinemas somewhere around Thanksgiving later this November. FREE BIRDS will see Woody Harellson and Owen Wilson 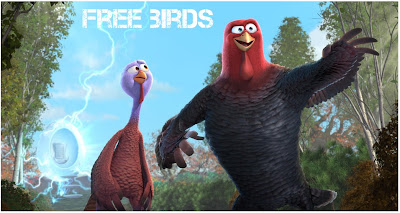 lending voices to two birds who go on an epic adventure with time travel involved in order to prevent their feathery brothers and sisters becoming a festive diner for humans. In this hilarious, 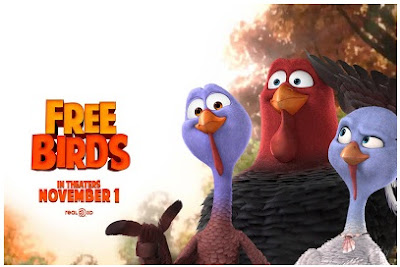 adventurous buddy comedy for audiences of all ages, directed by Jimmy Hayward (Dr. Seuss' Horton Hears a Who), two turkeys from 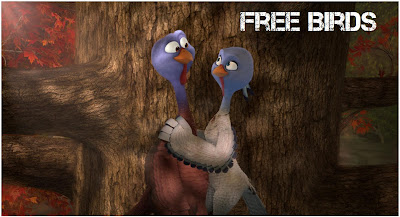 opposite sides of the tracks must put aside their differences and team up to travel back in time to change the course of history - and get turkey off the Thanksgiving menu for good.
Posted by DEZMOND at 12:00 AM