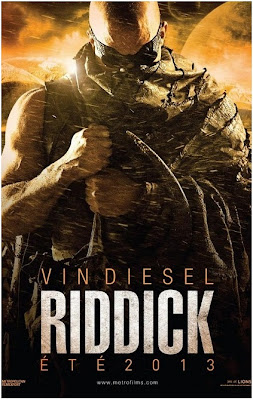 THIRD PART OF
RIDDICK SAGA
The latest chapter of the ground breaking galaxy saga which started back in 2000 with sci-fi film PITCH BLACK and continued in 2004 with the visually mindblowing space opera THE CHRONICLES OF RIDDICK, is ready to premiere September 6th. Titled simply RIDDICK, with a subtitle RULE THE DARK,  it reunites David Twohy (who wrote and directed previous two movies too) and action superstar Vin Diesel. Diesel reprises his role as the antihero Riddick, a dangerous 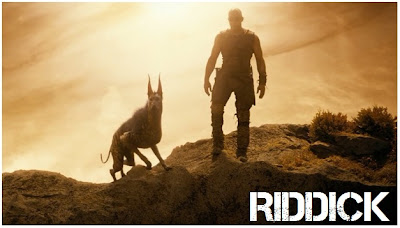 escaped convict who can see in the dark and is wanted by every bounty hunter in the known galaxy.


THE STORY OF RIDDICK
YOU'RE NOT AFRAID OF THE DARK, ARE YOU?
The infamous RIDDICK has been left for dead on a sun-scorched planet that appears to be lifeless. Soon, however, he finds himself fighting for survival against alien predators more lethal than any human he's encountered. The only way off is for RIDDICK to activate an 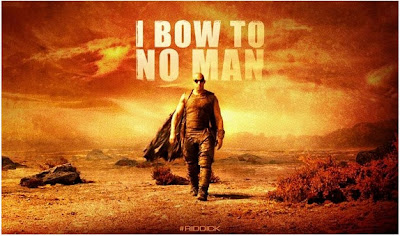 emergency beacon and alert mercenaries who rapidly descend to the planet in search of their bounty. The first ship to arrive carries a new breed of merc, more lethal and violent, while the second is captained by a man whose pursuit of RIDDICK is more personal. With time running

out and a storm on the horizon that no one could survive, his hunters won't leave the planet without Riddick's head as their trophy. After the bounty hunters from throughout the galaxy descend on Riddick they find themselves pawns in his greater scheme for revenge. With his

enemies right where he wants them, RIDDICK unleashes a vicious attack of vengeance before returning to his home planet of Furya to save it from destruction.


RIDDICK TIDBITS
KARL URBAN AND KERI HILSON
Beside Vin Diesel who again takes the role of RIDDICK that made him famous, Karl Urban also returns to the franchise portraying powerful Lord Vaako! Katee Sackhoff (from BATTLESTAR GALACTICA, who has her first nude scene in the film playing one of the 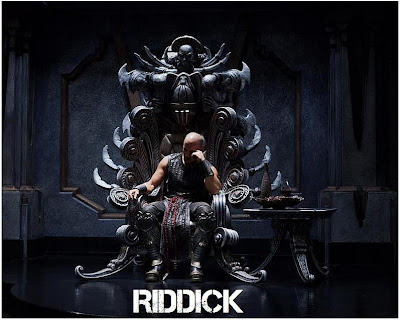 mercenaries), Dave Bautista and Jordi Mola (who takes the role of the main villain) are also in the cast alongside r'n'b diva Keri Hilson who plays Shirah in the film - methinks it might be here that runs through a desert in the end of the trailer below.

The film was shot on a relatively low budget of about $38 million. Previous two films earned around $160 million worldwide becoming cult sf hits in years to come. One of the locations used for the

shooting was the White Desert in Farafra, Egypt. The film will be more dark like the first one was and less spectacular like the second one.