GLEESON, JIM STURGESS, MICHAEL CAINE
Two more acting legends have joined the already stellar cast of new thriller ELIZA GRAVES which is a movie adaptation of of an Edgar Allan Poe story. According to "Deadline" Brendan Gleeson and David Thewlis have joined Kate Beckinsale, Jim Sturgess, Michael Caine and Ben Kingsley. Sturgess plays a young doctor who comes to apprentice at a mental institution and meets a beautiful patient (Beckinsale) that he falls in love with amidst a set of difficult circumstances, which may be more complicated than they seem. What he doesn't know is that patients are playing doctors in the asylum! Sometime this year Kate Beckinsale will star in the lead role in THE TRIALS OF CATE MCCALL as a former hotshot lawyer, now in recovery and estranged from her family, who, in order to be reinstated at the bar and recover custody of her daughter, must take on the appeal of a woman wrongfully convicted of murder.

NEW SITCOM NICKY
Deadline also reports that Channing Tatum will join his best friend Nick Zano (BROKE GIRLS, HAPPY ENDINGS) in producing a new sitcom NICKY which will try to put a humorous spin on the true life story of Zano's growing up in a multi generational house of seven women in New Jersey. He will play 30-year old Nicky, who is trying to finally move out of the house only to realize he needs to stay and help raise his youngest sister. Channing Tatum has already put the story of his own youth in a film when he depicted his early stripper days in MAGIC MIKE blockbuster. He just had his first daughter Everly a few weeks ago with Jenna Dewan Tatum. 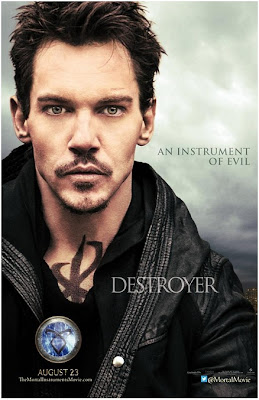 A new trailer has arrived for upcoming fantasy movie adaptation of famous bestseller THE MORTAL INSTRUMENTS: CITY OF BONES. Starring delightful Lily Collins in the lead role of a young girl drawn into a frightening world of angels and demons, the movie hits cinemas this August. Lily portrays Clary Fray, an ordinary teenager living in New York who discovers that she is a Shadowhunter - a supernatural warrior destined to battle the forces of darkness. She then joins a group of fellow Shadowhunters to thwart a plot to conquer the world following the disappearance of her mother (Lena Headey). The rest of the cast in the adaptation of a 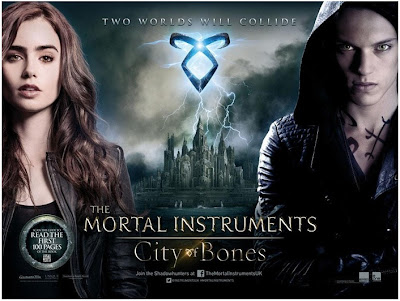