The latest one to join Kenneth Branagh's and Disney's live action movie version of CINDERELLA is gorgeous Holliday Grainger from THE BORGIAS! Colour me shocked, but instead playing the title role (doesn't she have a flawless face for it?) she will play one of the evil stepsisters! The role of CINDERELLA has already gone to Lily James, a relatively unknown British actress. The rest of the cast is glorious including Cate Blanchett as the evil stepmother and GAME OF THRONES superstar and the king of North Richard Madden who will play the prince. DOWNTON ABBEY star Sophie McShera is in talks to play the other evil sister. Holliday is currently without a job since THE BORGIAS have finally been cancelled earlier this month. She is no stranger to ball gowns since she starred in recent ANNA KARENINA, in JANE EYRE and GREAT EXPECTATIONS. It's interesting to add that Joe Wright who directed Grainger in ANNA KARENINA is preparing a movie adaptation of another fairy tale - THE LITTLE MERMAID!


DON'T MESS WITH TEXAS
SOFIA VERGARA & REESE WITHERSPOON
Casting news come from DON'T MESS WITH TEXAS too! Produced by Reese Witherspoon, who is also taking one of the two leading roles, the film will also star Sofia Vergara. The two of them will play 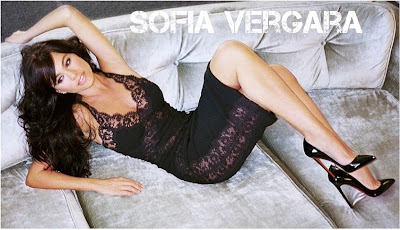 a female cop and prisoner who go on the run together in Texas, trying to outrun a group of corrupt police officers. It is interesting that Universal Pictures has spent quite a lot of money on the script for this movie.

BARNARD
Yet another new epic mini series await us over at Sky1 in their new project MOONFLEET! The two part mini series will be a television adaptation of John Meade Falkner's book which follows 18th century smugglers! Ray Winstone will portray Elzevir Block, the head of a group of smugglers in 18th century Dorset, England. He recruits Aneurin Barnard (THE WHITE QUEEN, IRONCLAD) as a young newcomer to the smuggling crew as they embark on the hunt for a lost diamond filled with action, humour and friendship. To be shot in Dublin this summer, the series will also have Omid Djalili from GLADIATOR playing diamond merchant Aldobrand and British star Ben Chaplin playing the town's anti-smuggling Magistrate. 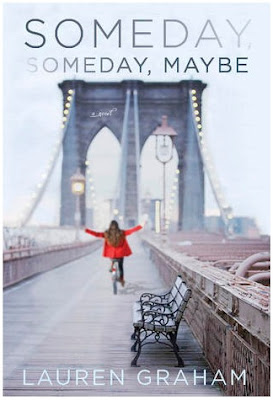 And if you've been missing legendary TV series GILMORE GIRLS, here's a nice info for you: the star of the show, Lauren Graham, has just sold the rights for the television adaptation of her brand new bestselling book SOMEDAY, SOMEDAY MAYBE in which she describes, in a witty way, her early days  as a young woman with six months left on her three-year plan to make a career as an actress in New York City. The book will be turned into an hour long TV show produced by Warner Bros and Ellen De Generes.
Posted by DEZMOND at 12:00 AM