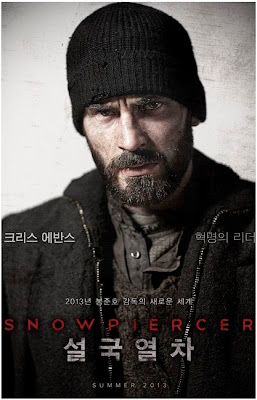 SNOW PIERCER
FUTU- RISTIC ICE AGE
The summer has started and so has the tropical heat so while your little bums are melting away maybe you will soothe yourself by imagining polar regions covered with snow, bound with frost and surrounded with the sound of blizzards? Well, that is pretty much the setting of upcoming new science fiction action movie SNOWPIERCER in which people, in not so distant future in year 2031, live on a perpetually moving train because

the humanity has destroyed Earth's climate and the weather has become too harsh to survive when outside. 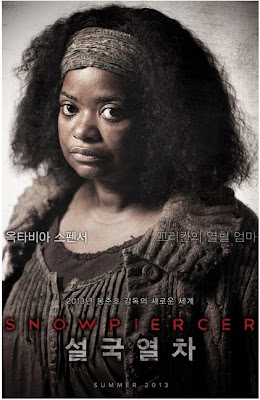 SOCIAL CLASSES IN A PERPE- TUALLY MOVING TRAIN
The film is set in a future where, after a failed experiment to stop global warming, an ice age has killed off nearly all life on the planet. The only survivors are the inhabitants of the SNOWPIERCER, a massive train that travels around the planet and is powered by a perpetual-motion engine. Over time a class system evolves on the train, with the elites inhabiting the 'front' of the train and poor inhabiting the 'back' of the train. Tired of 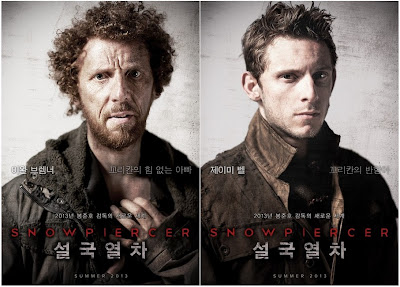 the poor conditions suffered by riders in the 'back', a revolution occurs with the riders attempting to seize control of the engine which the elites in the 'front' consider 'sacred'. As you can see, beside being science fiction apocalyptic action, SNOWPIERCER also brings a political story 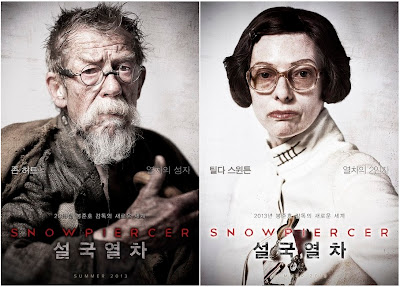 depicting a system in which the rich have everything, and more than they need, while the poor have absolutely nothing (sounds familiar, hm?).

CHRIS EVANS, JAMIE BELL, OCTAVIA SPENCER, TILDA SWINTON
What distinguishes SNOWPIERCER from other post apocalyptic films is the rather breathtaking gallery of actors in its cast filled with a number of critically acclaimed actors from megapopular and megacharismatic Chris Evans in the lead role, to Oscar winners and 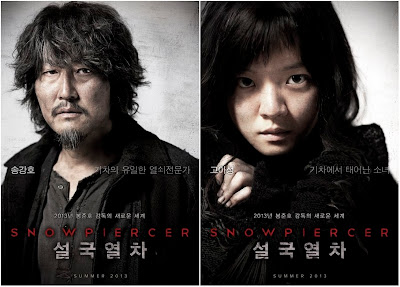 nominees Octavia Spencer, Ed Harris, Tilda Swinton and John Hurt, to young heartthrobs and stars Jamie Bell and Luke Pasqualino. The film was directed by Bong Joon-ho and this marks his first movie in English after directing famous South Korean films THE HOST and MOTHER. 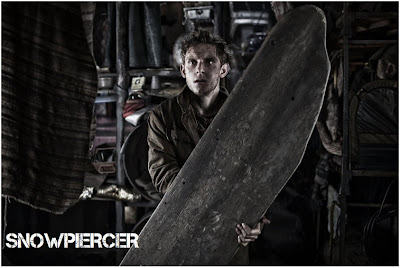 COMIC BOOK ADAPTATION
The movie is actually a film adaptation of the French graphic novel "Le Transperceneige" by Jacques Lob and Jean-Marc Rochette. Joon-ho found the novel while visiting a comic book shop in Seoul and 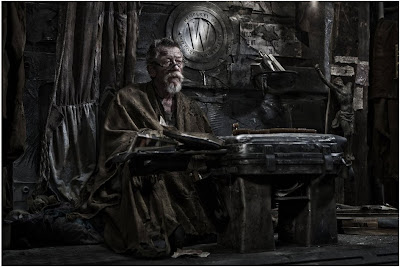 finished reading the entire series while standing in front of the bookshelf, where he found it. He was fascinated by ideas of people struggling on the train for survival, with every cabin classified in social 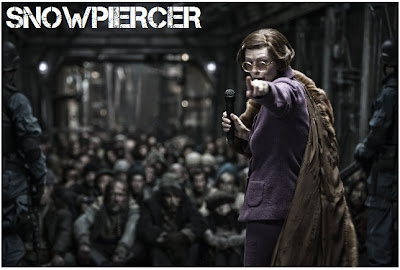 stratification. The $40 million movie will start its cinematic life from August in Korea and will then start its tour around the world with The Weinstein Company distributing in USA.