And here's another movie adaptation of a book for all you book lovers: according to "The Hollywood Reporter" David Slade (directed HARD HANDY with Patrick Wilson) will direct MATCHED for Disney. The fantasy trilogy 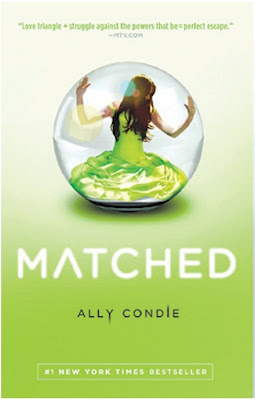 by Ally Condie is set in a futuristic world where government officials tell people how to live their lives, with everything from what books they should read to what people they should fall in love with. The plot revolves around a young woman who turns down her appointed romance to forge her own path. Another book to get adapted into a film is BREAK MY HEART 1,000 TIMES by Daniel Waters. The yet unreleased book (should be out next month) is set after a cataclysmic event that has left ghosts walking the earth. The story centres on a young girl who is terrorized by an apparition that she suspects to be a serial killer. 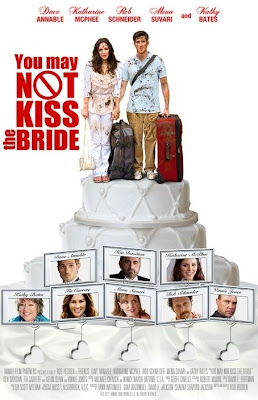 September 21st. The story of the comedy revolves around  an unassuming pet photographer who is thrown into serious action, adventure and romance when he's forced to marry a Croatian bride and spend his honeymoon at a remote tropical resort where she is kidnapped. The good side of the film is that it features two mindblowingly gorgeous television stars in the lead roles - David Annable (from BROTHERS AND SISTERS) and Katherine McPhee (from SMASH) alongside a cast which features some legendary names such as Kathy Bates, some truly horrid faces such as Mena Suvari and Rob Schneider and some cameos from forgotten action stars Tia Carere and Vinnie Jones.
Posted by DEZMOND at 12:00 AM