First they see terrorists all around the world (usually when they find it convenient) and then they see aliens everywhere, yep, you've guessed it, it's the Americans. New sf alien film "Battle: Los Angeles" describes exactly the favourite American pastime of finding new reasons to use weapons as often as possible. These five spooky posters promote the film which starts when unknown forces 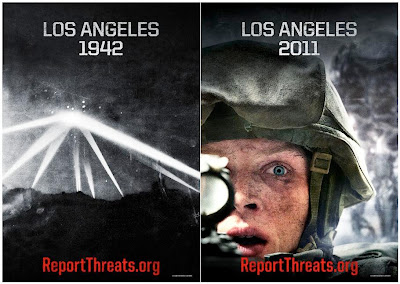 suddenly and mercilessly attack the City of Angels out of nowhere, and then it's up to a local Marine staff sergeant (Aaron Eckhart) and a new platoon of unseasoned soldiers (Michelle Rodriguez, Bridget Moynahan, Lucas Till) to meet the threat. As the invasion hits the streets of LA, these Marines become the first and last line of defense in an intense battle against an enemy unlike any they've ever encountered before.

And after his tragic fiasco in all means possible, it seems that lovely and incredibly polite creature Mel Gibson has a new cunning plan on how to make people love him again (which hasn't happened in a decade at least). After using his tongue and fists as lethal weapon, according to new rumors, Mel might do "Lethal Weapon 5". 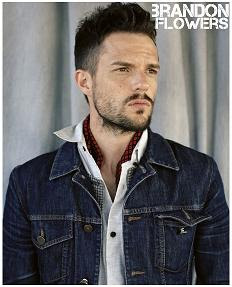 Producer Joel Silver has been asking him to reprise the role for years now, but Mel is thinking of accepting it only now, when the whole world has developed a very low opinion about him, as a possible way to get some of his fame back.

And to finish in a nicer tone - here's a brand new video from the amazing Brandon Flowers, the singer of the super popular band The Killers, who has finished his solo album "Flamingo". The video for the first single "Crossfire" features stunning Charlize Theron as a skilled fighter who is saving him from some bad guys.