NORTH AND SOUTH
MINI SERIES REMAKE
After I've reported some time ago that we shall get a new version of SHOGUN at Fox, here's another of the classic mini series from the 80's that is getting its remake: 'Deadline' 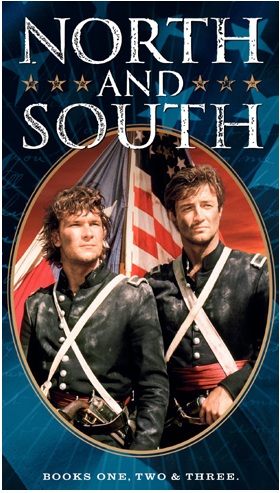 reports that Discovery Channel is preparing new mini series on NORTH AND SOUTH! Based on John Jake's books the story is set in the American Civil War and follows George Hazard and Orry Main who meet as young men at the U.S. Military Academy at West Point, their families become close,  but the vastly different ways of life for the Main and Hazard families threaten to drive them apart, leading to fractured marriages and poisoned sibling relationships… and everything is put to the ultimate test as fathers, sons, brothers and friends fight each other on the battlefields of the deadliest war America has ever seen. Discovery is already producing their scripted series KLONDIKE and WILLIAM WALLACE!


SYFY ORDERS '12 MONKEYS'
SHOW BASED ON THE 90'S FILM
In other television news, today, SyFy has officially ordered a pilot episode for new sf show 12 MONKEYS. Based on the 90's

sf film with Bruce Willis and Brad Pitt, the new series will follow the journey of a time traveler from the post-apocalyptic future who appears in present day on a mission to locate and eradicate the source of a deadly plague that will eventually decimate the human race. The casting should start quickly since the shooting is scheduled for November.
'THE AFTER' SHOW FROM X FILES CREATOR
Meanwhile, X FILES creator Chris Carter is returning to TV after almost a decade: he is preparing a series pilot for THE AFTER, an action thriller which takes place in the moment of the apocalypse. Produced by Amazon Studios the show will also be directed by Carter. 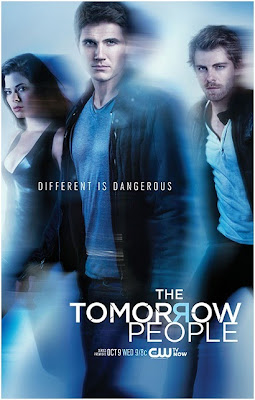 CW has revealed a new poster and a new promo trailer for their new Autumn series THE TOMORROW PEOPLE which will hit the small screens October 9th. Based on the original British television series of the same name, the series brings the story of several young people from around the world who represent the next stage in human evolution, possessing special powers, including the ability to teleport and communicate with each other telepathically. Together they work to defeat the forces of evil. The cast includes Robbie Amell, Amanda Clarke, Jeffrey Pierce....
Posted by DEZMOND at 11:59 PM