FIRST PIC OF BARREL RACE FROM 'THE HOBBIT DESOLATION OF SMAUG'! GINA GERSHON IS DONATELLA IN 'HOUSE OF VERSACE'! JOANNA GARCIA IS LITTLE MERMAID IN 'ONCE UPON A TIME'! NEW NBC SHOW 'THE MYSTERIES OF LAURA' & CW'S 'SOMEDAY, SOMEDAY MAYBE' FROM LAUREN GRAHAM

HOUSE OF VERSACE WITH
GINA GERSHON, COLM FEORE
Here's something for you if you like fashion and all the intrigues around the big designers: Gina Gershon is taking the lead role in Lifetime's new television movie HOUSE OF VERSACE! To premiere in October, the movie will see Gershon playing Donatella Versace in the story which will describe Versace's journey to continue the legacy of her late brother Gianni, following his unsolved murder in 1997! She is not the only famous name in the cast, since she will be joined by acting legends Raquel Welch and Colm Feore who will play Donatella's aunt Lucia and her brother Santo, while Enrico Colantoni from VERONICA MARS will play Gianni himself. According to 'Digital Spy' the film is based on Deborah Ball's book "House of Versace: The Untold Story of Genius, Murder and Survival". As you know, beside her fashion work, Donatella attracts attention of the public with her multiple plastic surgeries which have deformed her face and with her relationship with her young daughter who suffers from extreme anorexia.

JOANNA GARCIA IS LITTLE MERMAID
Meanwhile, ABC's fantasy show ONCE UPON A TIME has found its Little Mermaid Ariel.  JoAnna Garcia will play the woman with a fish tail in the third season of the popular show which hits the small screens in September.
BOYS AT A GIRL'S COLLEGE
Over at Fox, in a very exciting bidding war, they've bought a new untitled sitcom from the creators of 30'S ROCK, which will have a story set at a women’s college that, for the first time in its history, begins accepting men.
THE MYSTERIES OF LAURA
And over at NBC they have nabbed, according to 'Deadline', the rights to make English version of Spanish show THE MYSTERIES OF LAURA which follows the life and relationships of a female homicide detective who can handle murderous criminals — but not her evil twins.

Now, if you follow HOLLYWOOD SPY at Facebook you've already seen this picture, but here's the first look at the famous and hilarious barrel 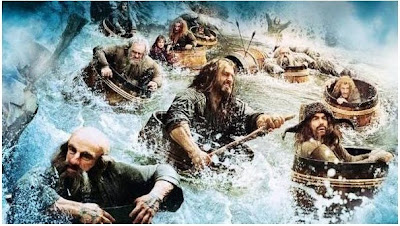 race from THE HOBBIT: DESOLATION OF SMAUG! That is the scene when the dwarves run away from Thranduil's Elven court in barrels. The movie is out this December. There's also a cover of the book which will be following the film! 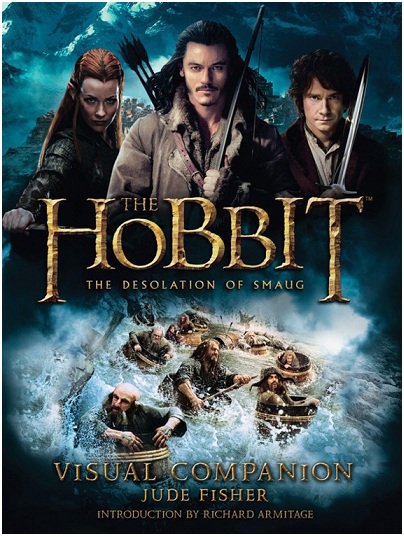