JUDI DENCH IS BRILLIANT IN 'PHILOMENA' POWERFUL DRAMA TRAILER! SAOIRSE RONAN IN DRAMATIC 'HOW I LIVE NOW' WAR TRAILER! TARSEM TO HELM 'THE PANOPTICON'! 'CHICKEN SOUP FOR THE SOUL' MOVIE! 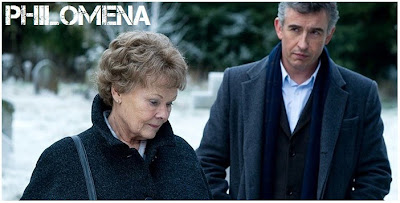 an Irish woman whose son was sold for adoption in America! The movie adaptation of Martin Sixsmith's book "The Lost Child of Philomena Lee: A Mother, Her Son and a 50 Year Search", describes how PHILOMENA was forced by nuns to give up her son Anthony 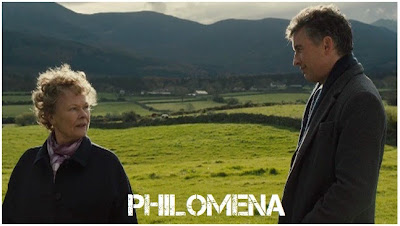 when he was 3. Anthony was sold for adoption in America, where he grew up to be a successful lawyer and politician. In the 1980s, after he contracted AIDS, he visited Ireland in an attempt to find his mother. Steve Coogan is also in the cast of this possible movie awards contender!

BITTER HISTORY LESSON
Philomena's case isn't the only one. Back in the 40's and early 50's having a baby outside a marriage in strictly Catholic Ireland was considered the greatest possible shame. Philomena was left an orphan at the age of six when her mother died and was then taken to a

Catholic convent where she lived until she was 18. She was taught nothing about sex and where babies come from. She was 18 when she met a young man who bought her a toffee apple on a warm autumn evening at the county fair. She got pregnant then and was threatened by the convent nuns with damnation if she doesn't keep quiet. The Irish government at that time, not only gave money to the Church for 'taking care' of thousands of pregnant unmarried girls, but the Church also earned money on selling their babies. To make things worse, those girls could leave the convents only if they paid. Otherwise they had to slave away in kitchens or workshops with Church earning on their labour. And even more worse, the girls were left to take care of their babies until they were 3 years old, developing maternal love for them, after which the babies were sold.
THE TRAGIC END
Philomena's son came back to Ireland to find his mother but the nuns refused to tell him anything even though they knew he was dying from AIDS and that his mother's relatives lived only a few streets away. Philomena could later on only visit his grave because he asked the nuns to be buried in the convent so that his mother could find his grave one day.


TARSEM SINGH DIRECTS
THE PANOPTICON
Meanwhile, our favourite director, visual genius, Tarsem Singh (IMMORTALS, MIRROR MIRROR, THE CELL, THE FALL) has signed on to direct THE PANOPTICON in which the

story centres on an ordinary man who receives a strange package that has a recording from himself, with a grave warning that the world is in danger. He must race against the clock to figure out this worldwide mystery before it's too late for mankind!
CHICKEN SOUP FOR THE SOUL FILM
Alcon Entertainment will produce a movie based on famous non fiction books CHICKEN SOUP FOR THE SOUL. Sold in hundreds of millions of copies in over 200 titles, this series of books usually features a collection of very positive short and dense inspirational stories and motivational essays. There were heartwarming and inspiring editions of the book made specially for teens, parents, even for the prisoners.


SAOIRSE RONAN IN
HOW I LIVE NOW TRAILER
Another quite unsettling trailer comes from Saoirse Ronan and her new drama HOW I LIVE NOW. The film imagines a present in which a war suddenly breaks out in United Kingdom! Scheduled to hit UK 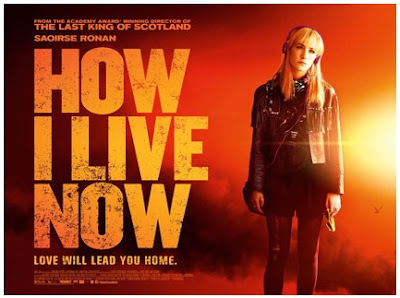 cinemas this October, this drama will see Soirse playing Daisy, a young American sent by her parents to live with relatives in the U.K., where she falls for her new neighbor Edmund (George MacKay). Their 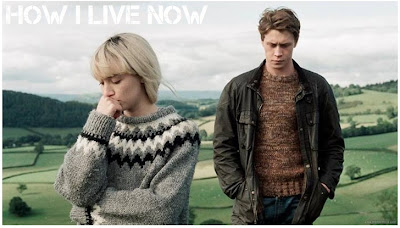 summer romance is put to an abrupt halt when war breaks out quite unexpectedly in the peaceful British countryside. The film is directed by Kevin MacDonald (THE EAGLE, THE LAST KING OF SCOTLAND).
Posted by DEZMOND at 11:59 PM