ELIZABETH OLSEN TO PLAY
SCARLET WITCH IN AVENGERS II?
According to latest rumours Saoirse Ronan has passed on the role of Scarlet Witch in THE AVENGERS AGE OF ULTRON and the frontrunner for the role has now become Elizabeth Olsen! Joss Whedon 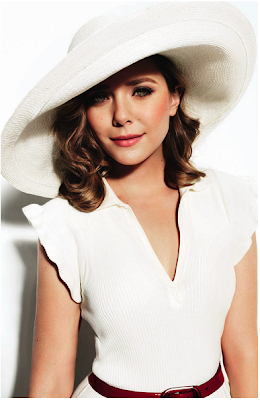 has previously revealed that he has imagined the role of Wanda Maximoff aka Scarlet Witch with Saoirse in mind. Scarlet Witch can control probabilities while her twin brother Pietro Maximoff aka Quicksilver has the power of superspeed. Aaron Johnson is rumoured for that role. The film, which will see the return of Chris Evans, Scarlett Johansson, Chris Hemsworth, Mark Rufallo and others, will start shooting next February. After a number of dramatic roles, Elizabeth Olsen is moving over to blockbusters starting next year with GODZILLA in which she already stars with Aaron Johnson!

film. She joins Lily James in the lead role, Cate Blanchett as the stepmother, Richard Madden as the prince, Helena Bonham Carter as the Fairy Godmother, Holly Grainger and Sophie McShera as the stepsisters, Stellan Skarsgard as the Grand Duke.
MARION COTILLARD JOINS MICHAEL FASS- BENDER IN 'MACBETH'
Good news also come from the new adaptation of MACKBETH! It seems that Michael Fassbender, who is taking the lead role in the Justin Kurzel directed movie, will get a decent wife in the film. Instead of the previous horrid choice of weak and bland Natalie Portman, the role of lady Macbeth will go to Marion Cotillard! The film will be set in war torn 11th century Scotland.


THE BOOK THIEF WW2 TRAILER
WITH GEOFFREY RUSH
20th Century Fox has released the first trailer for the movie adaptation of Markus Zuzak's novel THE BOOK THIEF which will open up in theatres this November starring Geoffrey Rush! This drama 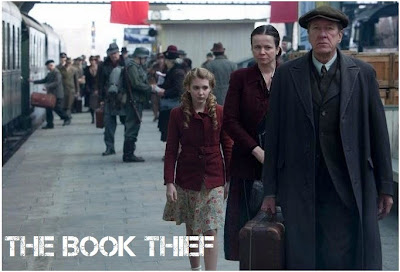 tells the inspirational story of a spirited and courageous young girl who transforms the lives of everyone around her when she is sent to live with a new family in World War II Germany. Geoffrey Rush 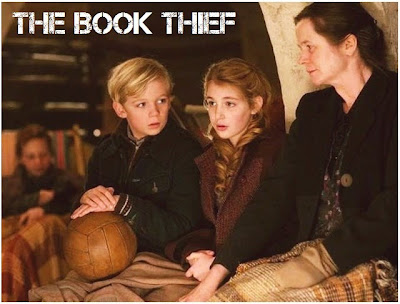 and Emily Watson play her adoptive parents whose lives, together with their whole German town, will change forever when she begins stealing books and sharing them with others!
Posted by DEZMOND at 6:00 PM