MARCO POLO EPIC SHOW
MOVES TO NETFLIX FROM STARZ
It seems another of the upcoming epic series MARCO POLO has found its new home. It was originally supposed to be produced for Starz, which ordered ten episodes in 2012, but

now 'Deadline' reports that it will move over to Netflix for nine episodes, since it turned out that Starz' plan to shoot it in China wasn't realistic. With episodes already written and casting ready to start, the show will tell the true story of the world’s greatest storyteller, an epic and cinematic adventure of high politics, masterful manipulation and deadly warfare. Young Marco Polo finds himself at the centre of a brutal war between two empires in 13th century China, replete with close combat, romance and sexual intrigue, religious tension, political skulduggery and spectacular battles.

DEZZY'S HISTORY LESSON
Real Marco Polo, the Italian merchant, was inspired to go to Asia by the stories of his uncles who apparently met Kublai Khan. He went on a journey with them which lasted incredible 24 years. Instead of a welcome, after his return he was imprisoned for almost five years. During his stay in the dungeon he dictated his stories to a cellmate.

GET JOHN MALKOVICH & BENEDICT CUMBER- BATCH
Hear ye, hear ye, you already know that the biggest stars of MADAGASCAR animated franchise - the ever so clever penguins - are getting their own spin off movie titled THE PENGUINS OF MADAGASCAR! Wittingly resourceful penguins already have their mega susccessful TV show, but the news is that their film has just managed to cast John Malkovich and Benedict Cumberbatch! Malkovich will lend his voice to the film's leading villain, while Cucumberpatch will voice a CIA agent who is hot on his trail. Simon J. Smith from BEE MOVIE is directing. Cumberbatch is no stranger to lending his voice (he is the voice of Smaug and Necromancer in HOBBIT), while Malkovitch is currently shooting CROSSBONES pirate show for NBC. 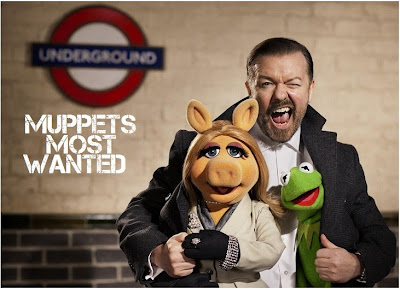 the Muppets will find themselves wrapped into an European jewel-heist caper headed by a Kermit lookalike and his dastardly sidekick. Ricky Gervais and Tina Fey join Kermit and Miss Piggy in the sequel! Hitting theatres next spring the film will also have cameos 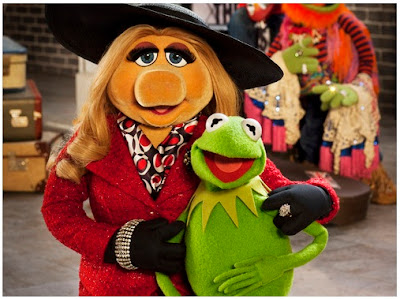 from Tom Hiddleston (you remember that he and Piggy had that hot fling at 2012 BAFTAs) , Christoph Waltz, Ray Liotta, Pi Diddy and Til Schweiger. Celine Dion is supposed to sing SOMETHING SO RIGHT song for the film!
Posted by DEZMOND at 11:59 PM