FIRST 'MALEFICENT' POSTER
WITH ANGELINA JOLIE
Check out the poster for MALEFICENT with Angelina Jolie in Disney's upcoming movie version of the famous SLEEPING BEAUTY focusing on the evil godmother who puts the curse on the princess Aurora. A beautiful, pure-hearted young woman, MALEFICENT 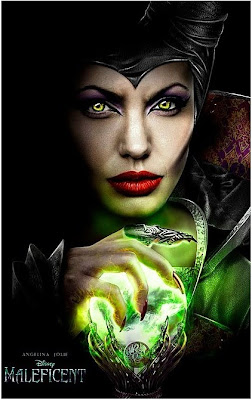 has an idyllic life growing up in a peaceable forest kingdom, until one day when an invading army threatens the harmony of the land. Maleficent rises to be the land's fiercest protector, but she ultimately suffers a ruthless betrayal, an act that begins to turn her pure heart to stone. Bent on revenge, Maleficent faces an epic battle with the invading king's successor and, as a result, places a curse upon his newborn infant Aurora. As the child grows, Maleficent realizes that Aurora holds the key to peace in the kingdom, and perhaps to Maleficent's true happiness as well. Elle Fanning is the princess, with Sam Riley, Imelda Staunton and Brenton Thwaites also in the cast. The film is out July next year. 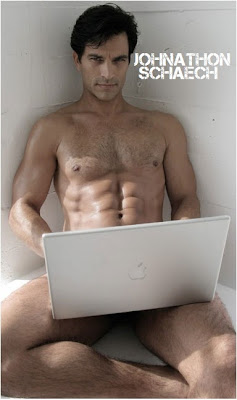 Meanwhile, one of CW's upcoming new dramas, science fiction show STAR CROSSED, which starts airing this Autumn, has just got Johnathon Schaech in the cast! In the story, which follows a human girl (Aimee Teegarden) and an alien boy (Matt Lanter) who go to a high school together after humans decide that after a long isolation the aliens should be assimilated into their society, Schaech will play Castor, uncle to Matt Lanter’s teenage alien Roman, a radical militant Atrian who claims to have altered his ways to be more open-minded and pro-integration.
ABC EXPLORES IMMORTALITY IN 'FOREVER' SHOW
Over at ABC they are planning to make a new high concept drama on immortality. FOREVER will follow the most over-qualified pathology associate in the world who has experienced it all — wars, love, even smallpox

and malaria — but there is one feat that he can’t seem to accomplish: dying. Morgan is a 200-year-old man who spends his time working in the New York City Morgue trying to find a key to unlock the curse of his immortality.


ZHANG YIMOU & GONG LI
TOGETHER AGAIN IN 'RETURN'
And here's a lovely piece of news if you love the splendour of Asian movies. Brilliant Chinese director Zhang Yimou (HERO, HOUSE OF FLYING DAGGERS) will work again with two of his old collaborators. He will adapt novel THE CRIMINAL LU YANSHI from Yan Geling after he already directed his book FLOWERS OF WAR with Christian Bale, and Gong Li will star in it marking another collaboration with Yimou after she starred in his mindblowing epic THE CURSE OF THE GOLDEN FLOWER in which she played  Chinese Empress Phoenix. The new movie adaptation will be titled RETURN and will follow an intellectual who is forced into marriage, flees to America and on his return to China is sent to a labor camp. Yimou is also planning to adapt QUASIMODO from Victor Hugo!
Posted by DEZMOND at 11:59 PM