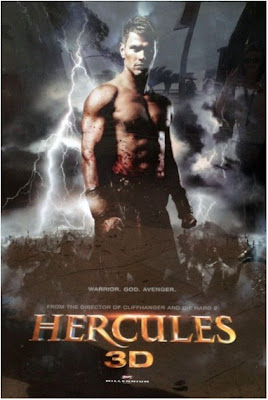 Your main treat for today is the first picture of hunky Kellan Lutz in the costume in his upcoming new historical adventure HERCULES 3D! Unlike Dwayne Johnson's HERCULES THE THRACIAN WARS which will show the son of Zeus as a warrior, Renny Harlin's version will see Kellan Lutz as a mythological hero in the love story between the Greek demigod Hercules and the mortal princess of Crete! The $70 million epic will also have Liam McIntyre from SPARTACUS (playing young army captain Sotiris, who is initially an antagonist of the mythical hero Hercules. The two of them become close friends before 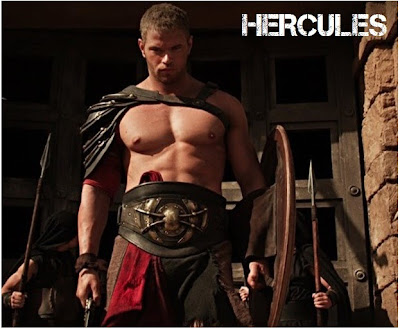 being sold into slavery by a treacherous king), Luke Newberry as Agamemnon, Roxanne McKee as Queen Alcmene, Scott Adkins as King Amphitryon, Johnathon Schaech and Rade Serbedzia as centaur Chiron, in the cast.
DID YOU KNOW?
The film, which opens up in cinemas next March, isn't the first project in which Kellan plays a mythological hero - he was Poseidon in 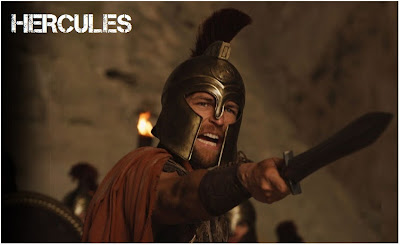 Tarsem's epic IMMORTALS. Harlin didn't want Kellan to become too big in muscles for the role, but to only make his abs pop out more. The film was shot this summer down in Bulgaria!

the superhero movie: according to 'Deadline' Vin will lend his voice to Groot, a living tree with a deep voice which utters only one sentence to everybody - I' am Groot!
ADELE & ELTON JOHN IN 'THE SECRET SERVICE'?
Interesting piece of news comes from Matthew Vaughn too who is apparently trying to cast music star Adele as the villain in his new film THE SECRET SERVICE. The movie will see Taron Egerton playing a teen runaway who is recruited into the spy business by his uncle, played by Colin Firth.Since he wants to cast other showbiz stars too, Vaughn also plans to hire David Beckham and Elton John. Michael Caine and Samuel L. Jackson are already in the cast. 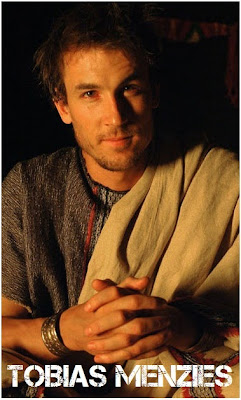 We have new casting news for Starz upcoming epic show OUTLANDER based on Diana Gabaldon's fantasy saga about a woman who time travels to the 18th century Scotland where she falls in love with a highlander to be played by Sam Heughan. Tobias Menzies, who was amazing as Brutus in ROME and as Edmure Tully in GAME OF THRONES too, will play a double role: he will be the woman's husband from the 1940's, a history professor who worked for British secret service during WW2, and also his 18th century ancestor Black Jack, who is the villain of the story. The main female role is yet to be cast and the shooting of the 16 episodes (the longest for any of the Starz epic shows) starts this Autumn in Scotland.
Posted by DEZMOND at 11:55 PM