THOR 2 THE DARK WORLD
NEW PICTURES AND A TRAILER 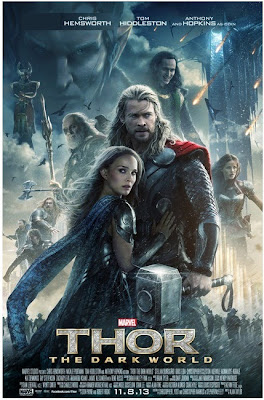 You've probably already seen the second trailer for superhero sequel THOR 2: THE DARK WORLD earlier this week, but here are some new pictures too depicting Chris Hemsworth and Anthony Hopkins as Thor and his daddy Odin the king of Asgard, Tom Hiddleston as Thor's naughty brother Loki from whom Thor will seek help in the sequel, and Renne Russo as his stepmom and Loki's adoptive mother Frigga and Jaimie Alexander as his close ally Sif. The movie is directed by Alan Taylor, who helmed episodes of GAME OF THRONES, ROME, SEX AND THE CITY and MAD MEN.

TENSION IN ASGARD
The story of the sequel, which hits the big screens this November, is set after the events in THE AVENGERS with Thor battling an ancient race of Dark Elves led by the vengeful Malekith (Christopher Eccleston) 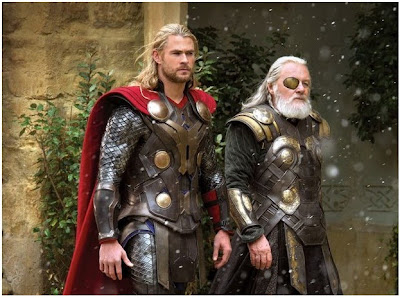 who threatens to plunge the universe back into darkness!  Faced with an enemy that even Odin and Asgard cannot withstand, Thor must embark on his most perilous and personal journey yet, one that will force him

to sacrifice everything to save us all. Idris Elba plays Heimdall, all seeing and all hearing Asgardian sentry, Zachary Levi as Fandral (he replaces Josh Dallas who had scheduling conflicts due to ONCE UPON A 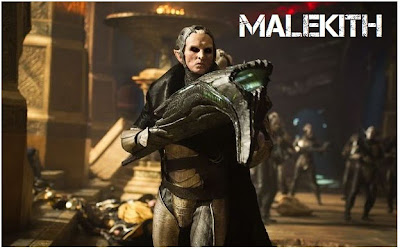 TIME. Zachary was actually the original choice for the role in the first film as well) and Ray Stevenson as Volstagg are Thor's closest 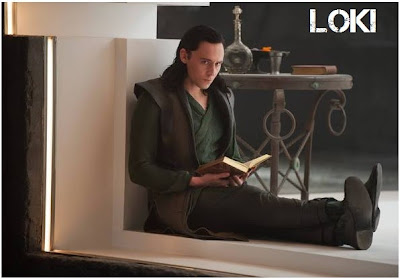 comrades, Christopher Eccleston is Malekith, the ruler of the Dark Elves of Svartalfheim! Adewale Akinnuoye-Agbaje will play Algrim 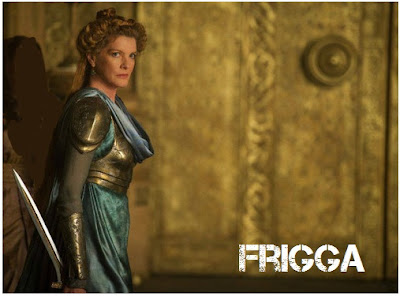 the Strong, a Dark Elf, who is coerced by Malekith to fight Thor! Tadanobu Asano is Hogun, a member of the Warriors Three together with Fandral and Volstagg. 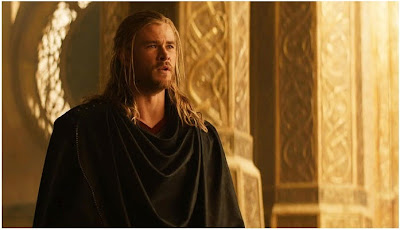 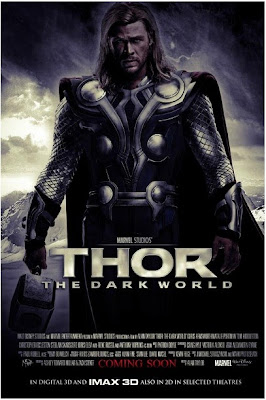 In Norse mythology Thor is a hammer wielding god associated with thunder, lightning, storms, oak trees, strength and the protection of mankind! The emblem of his hammer Mjolnir, was, in the age of Vikings, a sign of defiance against the Christianization of Scandinavia. In the mythology he is married with golden haired goddess of Earth - Sif! In one of the legends, Loki shorns her golden locks after which Thor forces Loki to have a golden headpiece made for Sif! Her golden tresses symbolize the fields of golden wheat.